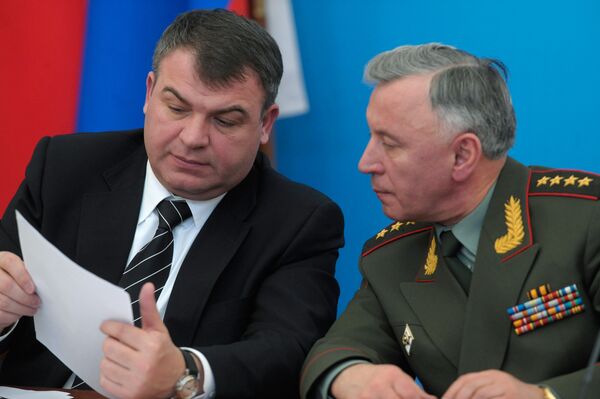 The source said the issue of bringing the Black Sea Fleet and the Caspian Flotilla under the command of the North Caucasus Military District would top the meeting's agenda.

He denied media reports that the Black Sea Fleet and the Caspian Flotilla had become part of the North Caucasus military district as of September 1.

"The final decision has not been taken yet, but several options have been considered, including the creation of strategic-operational commands," the source said.

He also said that in the light of last year's conflict with Georgia and increased militant activity in the region, the North Caucasus military district could be the first to adopt a new organizational model that would see it incorporate the Black Sea Fleet, the Caspian Flotilla and Air Force units.

Russia's military reforms are focused on the reorganization of the military command and control system from a four-tier (military district - army - division - regiment) to a more flexible and battle ready three-tier structure (military district - operational command - brigade) and are due to be completed in the next 3-4 years.

The Defense Ministry also plans to cut 130,000 Armed Forces personnel, bringing numbers down to 1 million by 2016.

Experts have warned the move could undermine the Army's capabilities, with some saying 1 million personnel were not enough to protect Russia's vast territory. Experts also claim that changes proposed under the reform lack clarity and appropriate financing.

Deputy Prime Minister Sergei Ivanov said in August that Russia would spend 470 billion rubles ($15 billion) on arms, equipment and maintenance of its Armed Forces in 2010.