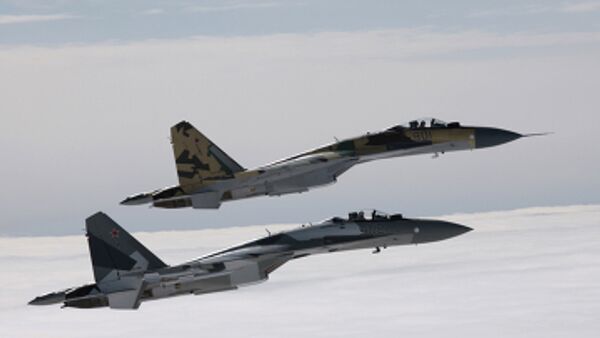 Under the contract signed at the MAKS-2009 air show at Zhukovsky outside Moscow, the Russian Air Force will buy 48 Su-35S, 12 Su-27SM and four Su-30M2 fighter jets.

Vladimir Putin said the contract "sets a record in modern Russian history," adding that aircraft deliveries were to be completed by 2015.

He also said the Russian government would provide an additional $100 million to Sukhoi's capital from the federal budget.

It is equipped with a 30-mm cannon with 150 rounds, and can carry up to eight metric tons of combat payload on 12 external mounts.

Russia's Air Force commander, Col. Gen. Alexander Zelin, said in July that up to three air regiments would be equipped with Su-35 fighters in the future.