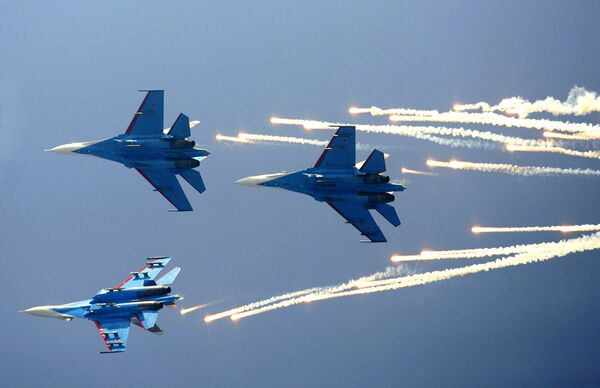 "More than 500,000 people visited MAKS-2008 and about the same number will visit this year - or maybe even more," said Pyotr Katsyv, chairman of the MAKS-2009 organizing committee.

Another official said 100,000 tickets had already been sold - more than a year ago.

Katsyv also said more than 2,200 police would be on hand to ensure security at the air show.

MAKS bills itself as "a demonstration of the advantages and development trends of Russian science and industry in such high-tech areas as aviation, space, missile engineering."

According to its English-language website, "It is also a good opportunity to prove the high potential of our facilities, to establish new partnerships and make mutually beneficial deals."