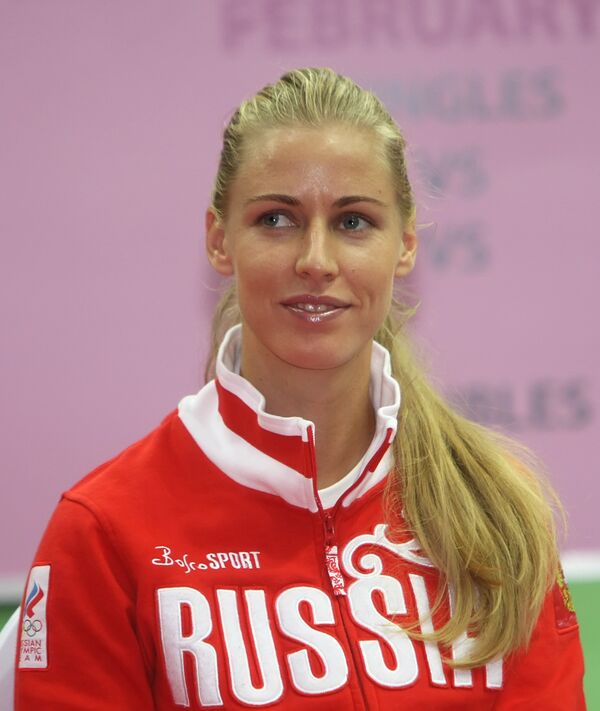 © Владимир Федоренко
/
Go to the photo bank
Subscribe
Elena Dementieva had one regret after her epic semifinal loss to Serena Williams at Wimbledon on Thursday - the match point that got away.

MOSCOW, July 2 (RIA Novosti) - Elena Dementieva had one regret after her epic semifinal loss to Serena Williams at Wimbledon on Thursday - the match point that got away.

Leading 5-4 in the deciding set, Dementieva had a match point at 30-40 on Williams' serve. The American came into the net, and he opponent tried a cross-court passing shot.

"That's my only regret. I should have taken more of a risk by going down the line," the 27-year-old said after the match.

"A passing shot is my favorite shot to make," she added. "Maybe it was all too quick. I didn't see that she was moving to cover the cross-court. I should have gone down the line or even used a lob."

"She served so well that I wasn't sure if I was facing Serena Williams or Andy Roddick out there," Dementieva said.

The No. 2 seed smashed down 20 aces, to Dementieva's three.

Venus Williams, who beat Dementieva in the semifinals last year, breezed past Russian world No. 1 Dinara Safina in the second semifinal 6-1, 6-0.