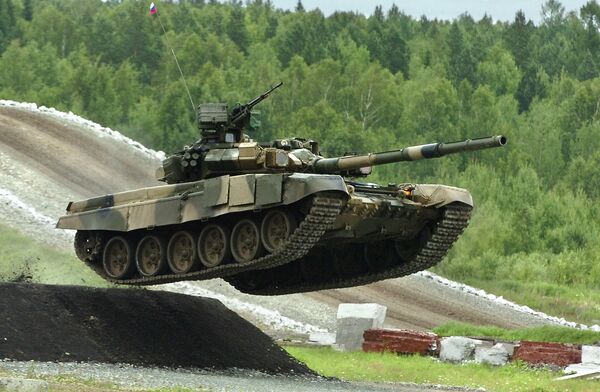 The figures were published in the SIPRI Yearbook 2009, released by the Stockholm International Peace Research Institute on Monday.

This year's edition said the current amount of military spending corresponded to 2.4% of world gross domestic product (GDP), or $217 a year for every person in the world.

According to SIPRI, Russia occupies 5th place in the list of "big spenders" with an annual defense budget estimated to be $58.6 bln, although Russia officially announced a smaller sum of about $43 bln.

"Russia continued to increase spending and is maintaining plans for further increases despite severe economic problems," the publication said.

The United States and Russia remained by far the largest exporters of weaponry with 31% and 25% of the global share respectively, followed by Germany, France and the United Kingdom.

According to SIPRI estimates, there are around 8,400 operational nuclear warheads in the world, and almost 2,000 of these can be launched within minutes.

The SIPRI yearbook includes reports detailing research into international security, armaments and disarmament, major armed conflicts and multilateral peacekeeping operations, and is highly valued and respected by military experts all over the world.

The SIPRI Yearbook was first published in 1969 and is now in its 40th edition.