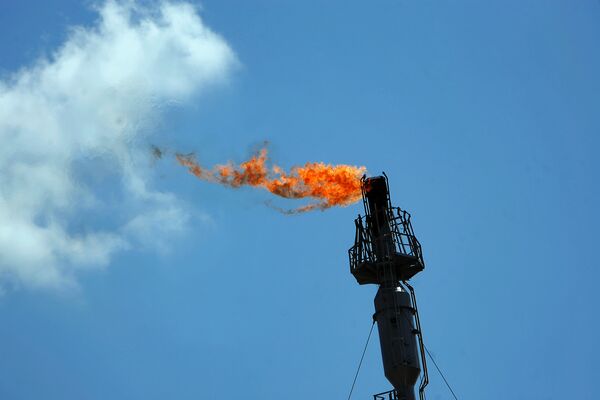 © Илья Питалев
/
Go to the photo bank
Subscribe
The European Union has decided to send fact-finding missions to Moscow and Kiev to clear up the situation with natural gas supplies, a European Commission spokesman said on Thursday.

BRUSSELS, June 4 (RIA Novosti) - The European Union has decided to send fact-finding missions to Moscow and Kiev to clear up the situation with natural gas supplies, a European Commission spokesman said on Thursday.

European Commission President Jose Manuel Barroso has informed the prime minister of the Czech Republic, which holds the EU's rotating presidency, that a group of top European Commission functionaries will be sent to Moscow and Kiev to establish the facts regarding the situation with gas supplies, Johannes Laitenberger told reporters in Brussels.

The European Commission spokesman said that Barroso would report on the gas supply issue at the EU summit in Brussels on June 17-18, following experts' conclusions.

Russian Prime Minister Vladimir Putin warned on Wednesday that natural gas pumped via Ukraine to Europe could be cut off by early July if Ukraine fails to pay for its gas, and urged the EU to intervene.

"During discussions with our European partners, I have called attention to this problem, and asked them not to leave us [Ukraine and Russia] to handle these issues one-on-one. We are warning in advance that if such a conflict arises, it could lead to a full shutdown in our transit in late June or early July," Putin said after talks in Helsinki with his Finnish counterpart, Matti Vanhanen.

Russia, which supplies around one fifth of Europe's gas, shut down supplies via Ukraine's pipeline system for two weeks at the start of the year over Kiev's unpaid debt.

Putin said that if there were further payment delays on the part of Ukraine, Russia's Gazprom has the contractual right to demand prepayment for future gas, suspending supplies until the money is paid. Without buying gas to fill Ukraine's storage system, the resulting shortfall will have a knock-on effect on Europe, he warned.