Over 40% of Defense Ministry funds go to Navy - Russia's Ivanov 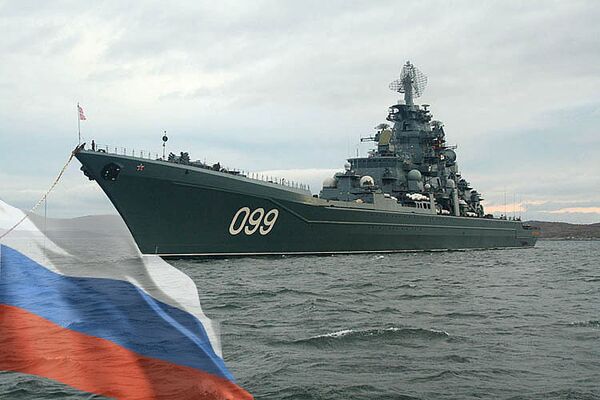 Subscribe
More than 40% of the Russian Defense Ministry budget is spent on the Navy, particularly on the development of strategic nuclear forces, a deputy prime minister said on Wednesday.

MOSCOW, June 3 (RIA Novosti) - More than 40% of the Russian Defense Ministry budget is spent on the Navy, particularly on the development of strategic nuclear forces, a deputy prime minister said on Wednesday.

"This money is mainly directed to strategic submarines. This is hundreds of billions of rubles," Sergei Ivanov said in an interview with RIA Novosti.

The Borey class submarines will be deployed with Russia's Northern and Pacific fleets, Ivanov said.

Three submarines of this class, the Yury Dolgoruky, the Alexander Nevsky and the Vladimir Monomakh, are being built at the Sevmash shipyard in northern Russia, and the construction of a fourth sub is in pipeline.

"Upon completion, the submarines will be deployed both with the Northern and Pacific fleets, which will require $1 billion investment to create the appropriate coastal infrastructure," Ivanov said.

Sevmash has said that two of the submarines were due to be completed in 2009 and 2011.

Ivanov said the Bulava sea-based ballistic missiles will be adopted by Russia's Navy only jointly with its delivery platform - the Yury Dolgoruky nuclear submarine.

The Bulava-M (SS-NX-30) ICBM carries up to 10 nuclear warheads and has a range of 8,000 kilometers (5,000 miles). The three-stage ballistic missile is designed for deployment on Borey class submarines.

The Russian Navy is planning to conduct at least five test launches of the Bulava missile in 2009.

Ivanov earlier said that Russia's 2009 state defense budget had not been reduced despite the global financial crisis.

"It totals 1.3 trillion rubles [$42.5 bln] for all security-related agencies rather than only the Defense Ministry in 2009," Ivanov told journalists on Tuesday.

As much as 592 billion rubles ($19.3 bln) from this sum are to be spent specifically for purchasing weapons and military hardware, he added.