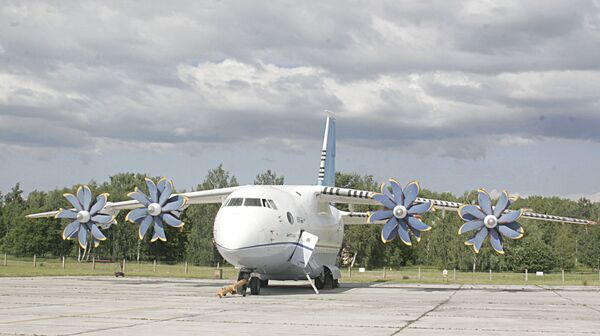 © RIA Novosti . Sergey Starostenko
/
Go to the photo bank
Subscribe
The acquisition of new aircraft for Russia's military transport aviation will begin in 2012, while modernized Il-76, An-22 and An-124 aircraft will remain in service for another 20-30 years, a senior Air Force official said on Friday.

MOSCOW, May 29 (RIA Novosti) - The acquisition of new aircraft for Russia's military transport aviation will begin in 2012, while modernized Il-76, An-22 and An-124 aircraft will remain in service for another 20-30 years, a senior Air Force official said on Friday.

According to various sources, there are up to 300 transport aircraft in service with the Russian Air Force, including An-12 Cub, An-72 Coaler, An-22 Cock, An-124 Condor and Il-76 Candid planes. Most of the aircraft entered service in the 1960s and 1970s and are considered outdated by modern safety and noise pollution standards.

In the light transport category, Russia has opted for the Il-112V plane although the aircraft is still at the design stage.

In the medium-lift category, Russia relies on a joint Russian-Indian project set to be implemented in three to four years. Russia and India signed last year an intergovernmental agreement on the joint development of a multi-role transport aircraft (MTA).

There is also a need for the Russian-Ukrainian An-70 medium-range transport plane, Kachalkin said.

However, he said the procurement of new aircraft would not be enough to satisfy the demand for the high mobility of Russia's Armed Forces in line with a new military doctrine. Therefore, the current military transport fleet must be thoroughly upgraded and the service life of existing planes should be extended for another 20-30 years, the general said.

"We are planning a deep modernization of the fleet of Il-76 and An-124 in service. Their airframes are still in great shape, and what we really need is to upgrade the avionics and possibly engines," Kachalkin said.

The Russian Air Force has begun in 2002 to upgrade its Il-76MD transport aircraft, but this has been a slow process. According to the modernization program, 12 Il-76 aircraft are due to be modernized to Il-76MD-90 variant before 2010.

The An-124 and its modernized version, the An-124-100, will remain in service as a strategic heavy airlift transport aircraft. Russia currently deploys an air regiment equipped with these planes.