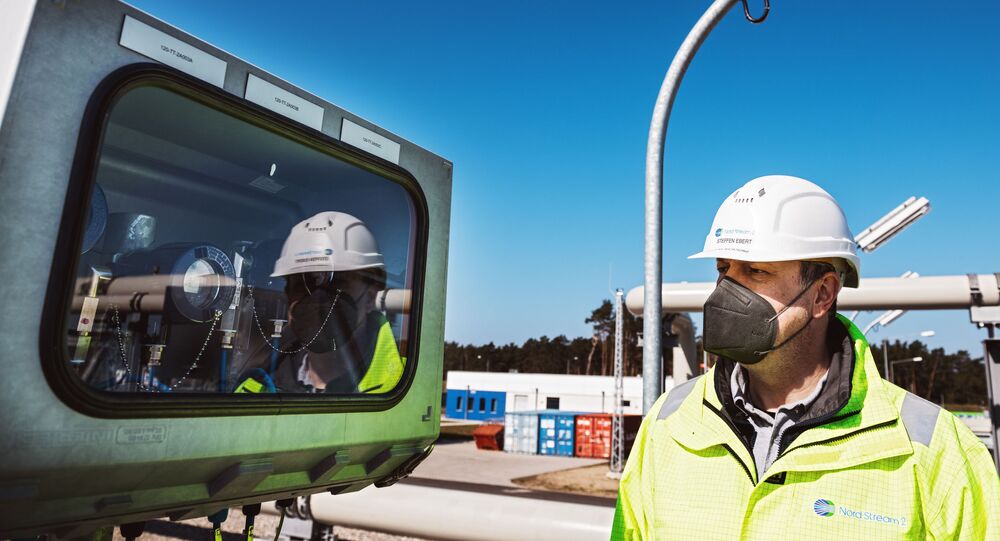 The pipeline venture, which will carry natural gas from Russia to Germany is nearing its completion despite multiple rounds of US sanctions on companies and businesspeople engaged in the project.

Sanctions against Nord Stream 2 project are inefficient at the current stage as the pipeline is almost complete, State Department adviser Derek Chollet told RBC Ukraine in an interview published on Wednesday.

According to the adviser, Washington and Berlin will soon announce an agreement on Nord Stream 2, noting that the two sides are working to ensure that Ukraine remains a transit country for years to come.

Chollet paid a visit to Ukraine to discuss US concerns and commitments on the Nord Stream 2 pipeline amid reports of an imminent deal on the project between the US and Germany.

"The Counselor and the senior Ukrainian officials discussed our shared concerns about the Nord Stream 2 pipeline and US commitments to ensure Russia cannot use energy as a coercive tool against Ukraine or any other country in Europe", the State Department said in a statement.

© AP Photo / Dmitry Lovetsky
US, Germany Threaten Retaliatory Action Against Russia in Draft Nord Stream 2 Accord - Report
The Wall Street Journal reported on Tuesday that US and German officials had reached an agreement that would allow for the project's completion, and are expected to announce the deal on Wednesday. Politico reported on the same day that the Biden administration had conveyed to their Ukrainian counterparts that Kiev should not engage in criticism of the forthcoming deal.

The Russia-led project, which is nearly complete, is intended to transport natural gas from Russia directly to Germany. Washington has imposed multiple rounds of sanctions on companies and officials engaged in the project. Berlin, however, continues to support the pipeline's construction and has condemned Washington's attempts to disrupt it.

The two sides have agreed that the US and EU should ensure that the pipeline is not used to pressure Ukraine and that Kiev continues to have access to gas transit. Russia has consistently maintained that the project is purely economic and urged others to stop politicising the issue.