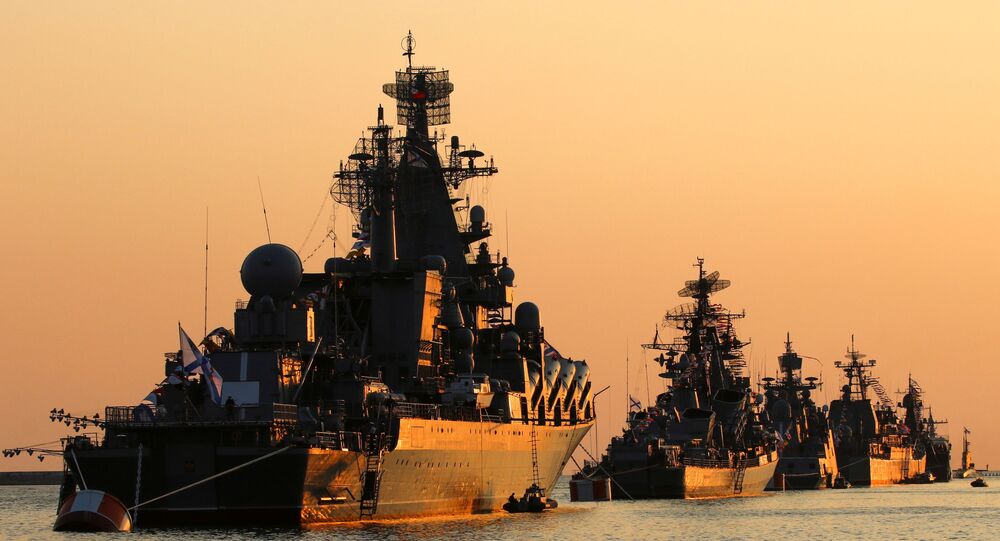 MOSCOW (Sputnik) - Iranian Navy Commander Admiral Hossein Khanzadi will take part in the parade celebrating the Day of the Russian Navy in St. Petersburg on Sunday, he will also meet with senior representatives of the Russian Defence Ministry, the Iranian Embassy in Moscow said.

The naval parade in honour of the 325th anniversary of the Russian fleet will be held on the Neva River in St. Petersburg on Sunday. According to the Russian Defence Minister Sergei Shoigu, the passage of 54 vessels is planned, including frigates from Iran, India, and Pakistan.

"The commander of our strategic fleet, Admiral Khanzadi, who heads the delegation, and our ambassador to the Russian Federation, Kazem Jalali, will take part in the ceremony that will be held in St. Petersburg on July 25. Admiral Khanzadi will also meet with high-ranking representatives of the Russian armed forces and defense [ministry], and his colleagues from other participating countries," the embassy said in a statement on Telegram.