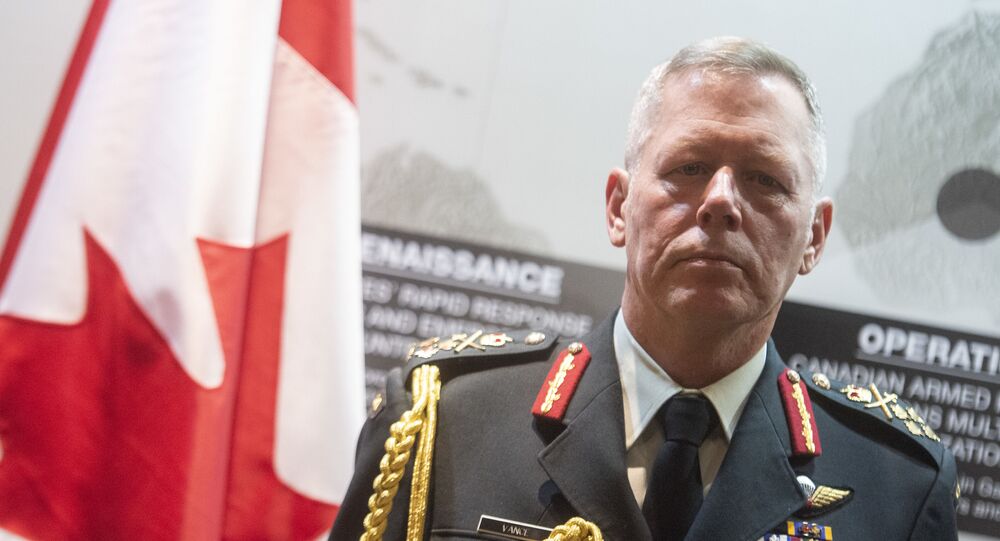 WASHINGTON (Sputnik) - Canada’s former Chief of Defense Staff, Gen. Jonathan Vance, has been charged with obstruction of justice in an ongoing sex scandal in the nation's military, the Department of National Defense announced on Thursday.

Allegations against Vance, who is accused of misconduct by two female subordinates, including during his time as the country’s commanding officer, were made public in February, setting off a political firestorm that has for months plagued the Canadian military and the government of Prime Minister Justin Trudeau.

“On July 15th, 2021, the Canadian Forces National Investigation Service (CFNIS) charged Retired General Jonathan Vance with the following: One (1) count of Obstruct Justice, contrary to Section 139 of the Criminal Code,” the Department of National Defense said in a press release.

The alleged offense was committed after the CFNIS began its investigation into the accusations on February 4, the news release said.

The Canadian military's sex scandal has taken several turns since February, with Vance’s replacement, Adm. Art McDonald, being forced to step down amid similar allegations just weeks after his appointment as the government’s vaccine distribution czar, and Maj. Gen. Dany Fortin resigning from his role in May.

The controversy was reignited last month after it was revealed that Vice Chief of the Defense Mike Rouleau, who holds oversight authority over the CFNIS, engaged in a game of golf with Vance.

The affair has also inflicted a political toll, with the House of Commons Defense officially censuring National Defense Minister Harjit Sajjan over the scandal, while citing previous examples of mismanagement at the DND under his watch, including a failed fighter jet replacement program.

Speaking to reporters earlier in the day, Trudeau refused to comment on the development, citing the ongoing criminal case.

Sputnik has reached out to the office of the Minister of National Defense and the DND for comment.

The political firestorm forced the government to embark on a second independent review of sexual misconduct in the Canadian military in five years.