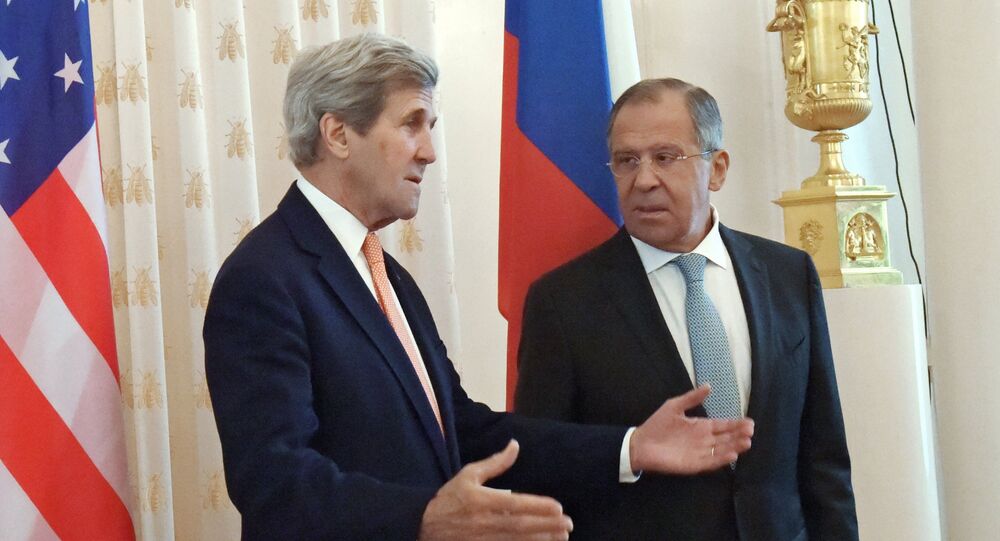 US, Russia Have ‘Very Constructive’ Climate Proposals to Work Through, Kerry Says

WASHINGTON (Sputnik) - The United States and Russia have constructive climate proposals to work through and that may herald the beginning of a new effort to address the global crisis, US Special Presidential Envoy for Climate John Kerry said on 12 July.

"Today, I think we have some very constructive proposals to work through. And my hope is that this can be the beginning of a new effort," Kerry said during a meeting with Russian Foreign Minister Sergey Lavrov in Moscow.

Kerry expressed hope that both countries’ cooperation on climate may "open up some better opportunities on other issues."

"It's too significant, and we very much need to move together the United States as the world's second largest emitter of greenhouse gases. Russia is the fourth. And we are among that small group of nations 20 nations that are the equivalent of about 80 percent of all emissions. So what we do, what we decide to do is critical," Kerry said.

The US Special Envoy added that Russia is heavily impacted by climate change as the Arctic is melting at a rate "faster than anything we have ever measured, the fastest in the world."

The United States is very glad that Russian President Vladimir Putin participated in the climate summit and is seeking rational and predictable ties with Moscow, Kerry added.

“Obviously, we have some differences in the relationship between our countries but we were very pleased that President Putin took part in the summit, in the virtual summit in April,” Kerry said in Moscow. “And we also share the belief that the summit in Geneva was constructive and important. And as President Biden said very clearly, we are looking for rational and predictable components of that relationship.”

Russia Hopes for Close Cooperation With US on Climate, Lavrov Says

Russia plans to cooperate with other countries on climate at international forums and expects to work with the United States closely, Russian Foreign Minister Sergey Lavrov said ahead of the meeting with Kerry.

"Russia attaches great importance to the problems associated with global climate change, will continue to cooperate on climate issues at international forums, primarily with the parties to the UN Framework Convention on Climate Change," Lavrov said.

"In this context, we are expecting close cooperation on this with the United States, especially in the negotiations of the parties to the Framework Convention to ensure a successful meeting in Glasgow this fall," the Russian foreign minister continued.

Lavrov added that Kerry's visit was "an important and positive signal" for the relationship between the United States and Russia and could help with "defusing tensions" and building cooperation in the areas where the two countries can find common ground.

"This approach is fully in line with the spirit of the Geneva Summit of our presidents. And we are ready to strengthen it in every way possible on the basis of an equal mutually beneficial dialogue, which is aimed at finding a balance of interests," Lavrov added.