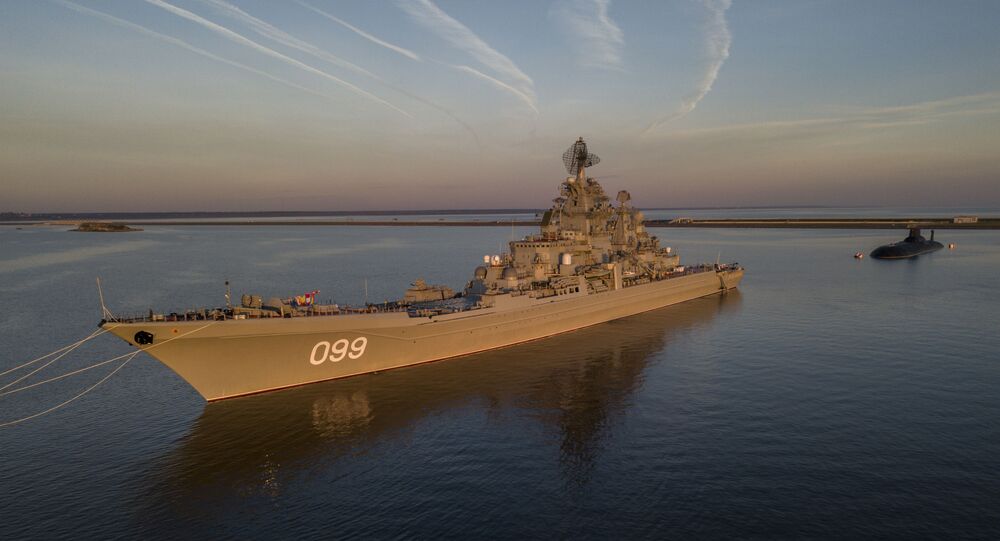 MOSCOW (Sputnik) - The issue of ratifying the agreement on the creation of a logistics centre for the Russian navy in Sudan will be considered by the Sudanese Sovereign Council and the government, Foreign Minister Mariam Sadig al-Mahdi said.

The Sudanese and Russian defence ministers have already discussed the issues around the Russian navy’s centre during a recent meeting, according to the top diplomat.

"The process of ratification of any international agreement requires going through the legislative council, but in its absence at the present time ... the council of ministers on the one hand and the civil wing of the Sovereign Council on the other must study such agreements before they are ratified," the minister said.

Russia is able to convince Ethiopia to reach an agreement that will guarantee that the interests of Sudan and Egypt are respected on the issue of the construction of the Grand Ethiopian Renaissance Dam (GERD), Mariam Sadig al-Mahdi said.

"This not only directly affects our national security but also threatens the lives of a significant part of our citizens ... our position and our point of view on the issue of the Renaissance dam and Ethiopia's stubborn behavior towards us will be clarified," the minister said.

Moscow could play an important role in resolving the dispute between Sudan and Egypt on the one hand and Ethiopia on the other, according to al-Mahdi.

"Thanks to its good relations with Ethiopia, Russia can try to convince the Ethiopian side to listen to the voice of reason and come to an agreement that guarantees the interests of the three countries without harming Sudan, as it did when the dam was first filled," the top diplomat added.

Sudan Thankful to Russia for Supporting Political Changes in Country

Sudan is thankful to Russia for supporting political changes that have occurred in the African country, Foreign Minister Mariam Sadig al-Mahdi said.

"And here we needed to thank Russia for its support for change in Sudan, as it welcomed the changes that have taken place in Sudan following the success of the glorious December revolution [in 2018]," the minister said.

According to al-Mahdi, one of the goals of her visit to Moscow "is to confirm Khartoum's interest in developing bilateral relations with Russia."

Mariam Sadig al-Mahdi has called for activating economic ties between Khartoum and Moscow.

The top diplomat arrived in Russia on Sunday for an official visit.

"In the economic and commercial sphere, we see that there are potential opportunities for the development of relations. They are very large, but they are not being realized. We really want to develop these relations and expand the areas of such cooperation," al-Mahdi told Sputnik.

According to the Sudanese minister, opportunities for economic growth in relations between the two countries exist in the agricultural sector, the extraction of mineral resources and the supply of Russian equipment and machinery to Sudan.

"We intend to help attract more Russian companies, banks and investments to Sudan, as this is in the common interests of our countries," al-Mahdi added.