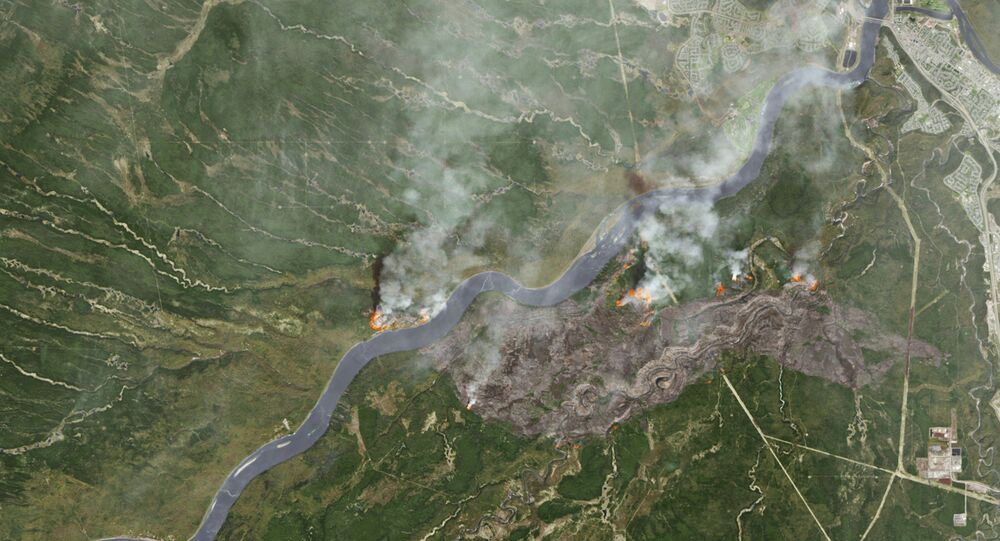 WASHINGTON (Sputnik) – The Canadian government is suspending railway operations in parts of the province of British Columbia amid raging wildfires throughout the province, Transport Canada said on ( July.

“Transport Canada is issuing a Ministerial Order in the interest of safe railway operations, and to protect public safety for the temporary return of residents to inspect their homes in Lytton, British Columbia,” the statement said citing Transport Minister Omar Alghabra.

© REUTERS / BLAIR GABLE
Trudeau to Convene Incident Response Group After BC Village Destroyed by Wildfire
As part of the order, the Canadian National Railway (CN) and Canadian Pacific Railway (CP) will cease railway operations – except for emergency fire response, maintenance and repair work – between Kamloops and Boston Bar, BC in the province’s interior for a period of 48 hours.

Parts of British Columbia remain marred in an unprecedented heatwave, which set a Canadian temperature record in the several days since its onset and has spurred wildfires that have left charred remains of the village of Lytton, forcing a complete evacuation of its residents.

Lytton sits along the rail corridor impacted by the order.