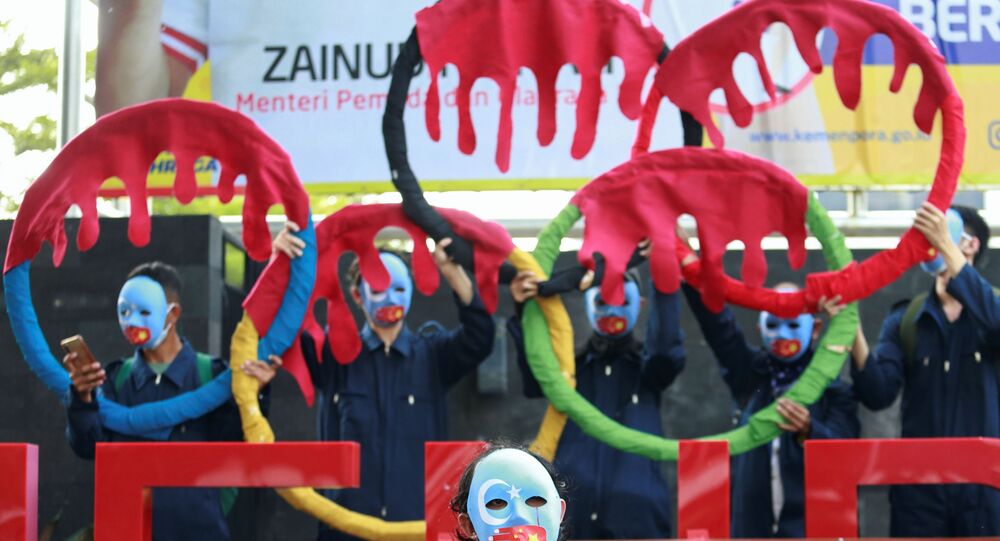 On Wednesday, British Prime Minister Boris Johnson signalled his reluctance to support a boycott of the 2022 Winter Olympics over purported human rights abuses in China's Xinjiang region, something Beijing rejects as "lies and disinformation".

UK lawmakers have called for boycotting the 2022 Beijing Winter Olympics due to the "genocide" of Uyghurs in China, according a report by the British parliament's Foreign Affairs Committee (FAC).

Titled "Never Again: The UK's Responsibility to Act on Atrocities in Xinjiang", the 39-page report singles out a spate of measures the FAC believes Prime Minister Boris Johnson's government should take in light of China's treatment of Uyghur Muslims in the nation's westernmost region.

Beijing refutes the allegations of genocide and other purported human rights violations toward Muslims in Xinjiang Province as "lies and disinformation".

In terms of the 2022 Winter Olympic Games, the report calls on the UK government to discourage British businesses from sponsoring or advertising at the Olympics, a topic that is due to be discussed in the House of Commons next Thursday.

"The evidence of severe human rights abuses and crimes against the Uyghur people is already overwhelming and indisputable, and parliament has called it a genocide. This report moves the conversation forward, away from the question of whether crimes are taking place and on to what Britain should do to end them", FAC chair Tom Tugendhat claimed.

The statement comes after Prime Minister Johnson made it clear on Wednesday that he would not support a boycott of the Beijing Olympics, saying that the UK "has led the world in condemning human rights abuses in Xinjiang and putting sanctions on those responsible, in holding companies to account that import goods made with forced labour in Xinjiang".

"I will certainly consider the proposal and debate it, but I must say that I am instinctively, and always have been, against sporting boycotts", Johnson told MPs.

© AP Photo / Patrick Semansky
US House Speaker Pelosi Calls for Diplomatic Boycott of 2022 Olympics in China
He spoke as UK Labour lawmakers Lisa Nandy and Jo Stevens urged the government to support a political boycott of the 2022 Winter Olympic Games if China does not allow UN investigators to have unfettered access to Xinjiang Province.

China has repeatedly criticised accusations of its human rights abuse against Uyghur Muslims, insisting that the so-called re-education camps in Xinjiang are training centres, established to combat regional extremism.

Japan Not In Talks With US To Boycott 2022 Winter Olympics In Beijing, Government Spokesperson Says