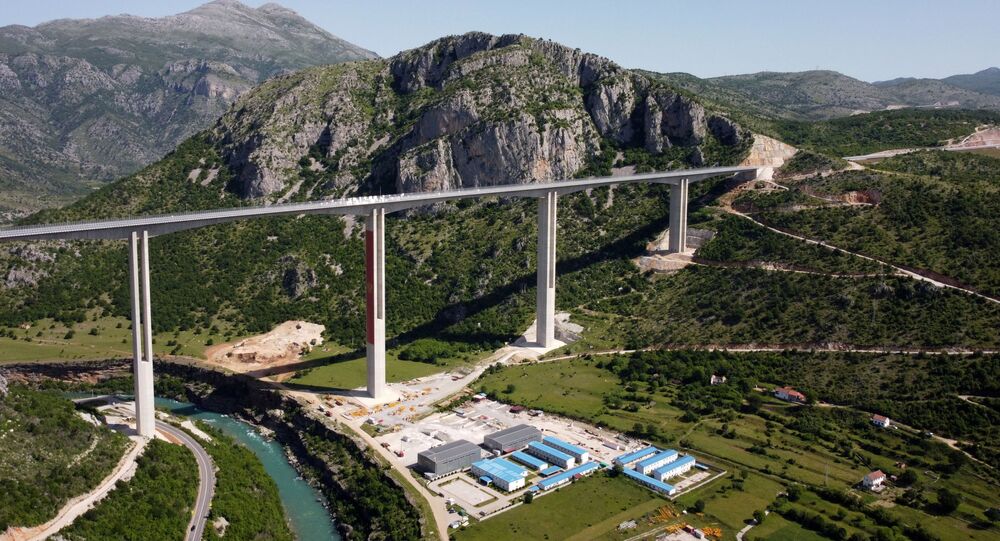 Montenegro’s Minister of Finance Milojko Spajic previously insisted that the country has enough funds to finance the money it borrowed from the Export-Import Bank of China.

A massive infrastructure project, which is part of China’s Belt and Road Initiative, may potentially bankrupt Montenegro due to a sizeable loan the country took from a Chinese state-owned bank to finance the endeavour, NPR reports.

The project in question is a 25-mile section of a 270-mile highway that is, when completed, expected to link Port of Bar, located on Montenegro’s Adriatic Sea coast, with the Serbian capital of Belgrade.

According to the media outlet, not only is the Chinese state-owned company yet to complete construction, but the highway “hasn't been paid for yet," while the first instalment of the $1 billion loan from Export-Import Bank of China is due this month.

And with Montenegro’s debt reaching over 100 percent of the country’s GDP due to said project, it remains to be seen whether Podgorica will be able to afford it, the media outlet notes.

"I think we will pay not maybe this generation, but future generations," said Montenegro’s former Justice Minister Dragan Soc. "But I don't think this is a problem from China. It is our bad decision."

The situation is further exacerbated by the fact that the Export-Import Bank of China would be able to seize land inside Montenegro if the country doesn't repay the loan on time, provided that said land "doesn't belong to the military or is used for diplomatic purposes," NPR alleges, citing a copy of the loan contract they managed to review.

The previous government of Montenegro also reportedly "signed off on allowing a Chinese government court to have the final say on the execution of the contract."

Earlier this year, Montenegro’s Minister of Finance Milojko Spajic said that the country has enough funds to finance the loan, according to Reuters.