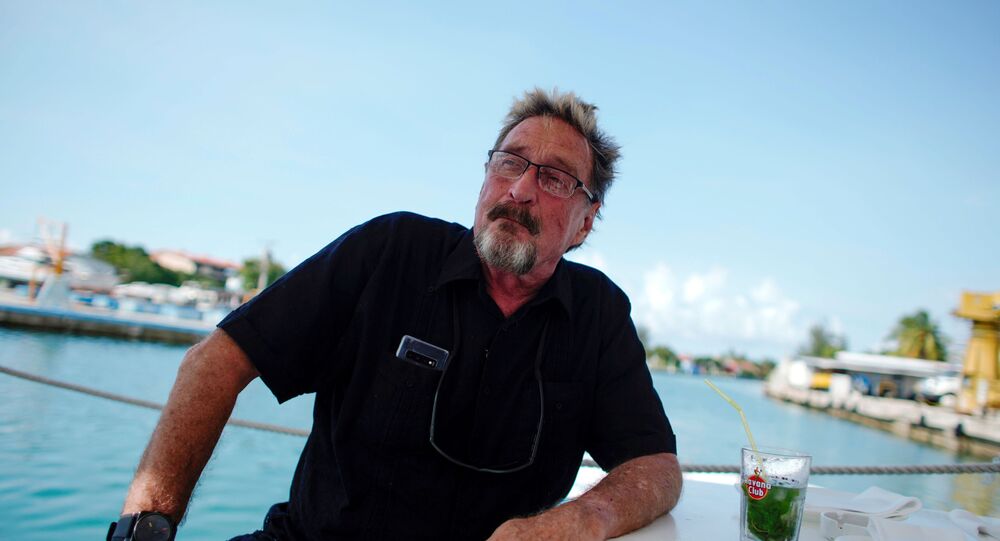 McAfee was found dead on Wednesday in a Barcelona prison, soon after the Spanish National Court approved his extradition to the United States. The High Court of Justice of Catalonia said that the autopsy results will be published soon. A suicide note is said to have been discovered as well.

According to the newspaper, a cellmate told the prison authorities that McAfee had tried to commit suicide on 28 February. McAfee was reportedly brought to the infirmary and then hospitalised.

© REUTERS / ALBERT GEA
McAfee's Widow Claims Her Husband Did Not Kill Himself, Blames US Authorities

Upon his release, the doctors advised the penitentiary facility to consult with a prison psychiatrist, sources told La Vanguardia. The psychiatrist, however, did not see the need to resort to psychiatric treatment. Meanwhile, McAfee was transferred to another prison.

The Justice Council of Catalonia said that all medical records in the case were confidential and did not confirm the reports on the February suicide attempt. McAfee's lawyer, Javier Villalba, also claims to be unaware of the incident, as cited in the report.

McAfee was put on the international wanted list by the United States and was detained at a Barcelona airport while on his way to Istanbul in early October 2020. According to the charges brought against him in the US, McAfee made millions of dollars from promoting cryptocurrencies, consultancy and public speaking, as well as from selling the rights to create a biographical documentary about him, but he did not file tax returns for several years.