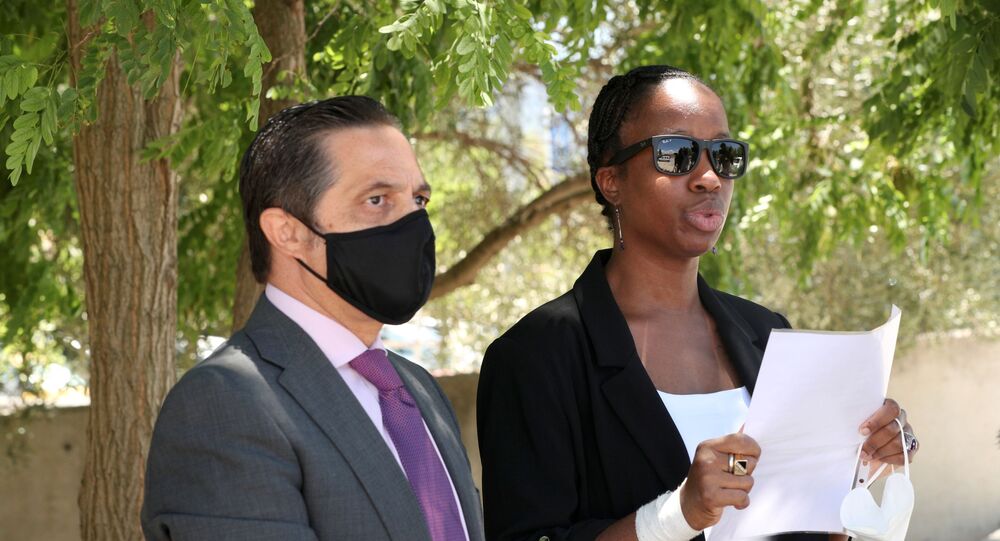 McAfee's Widow Claims Her Husband Did Not Kill Himself, Blames US Authorities

Janice McAfee insisted that they had a plan of action in place to appeal the Spanish court's decision to extradite her husband, and claimed that he did not appear suicidal before his death.

Janice McAfee, the widow of anti-virus tycoon John McAfee who was found dead in his prison cell in Barcelona this week where he was awaiting extradition to the United States, has demanded a thorough investigation into the incident.

While authorities in Spain have already suggested that "everything at the scene" in McAfee's cell indicated that he killed himself, as AP put it, Janice insisted that his last words to her were not "the words of someone who is suicidal."

"His last words to me were 'I love you and I will call you in the evening'," she told reporters outside the Brians 2 penitentiary where she arrived to collect her husband's belongings.

The day before McAfee was found dead, Spain's National Court announced it had agreed to extradite him to the US, though that decision was not final.

"We had a plan of action already in place to appeal that decision," Janice McAfee said. "I blame the U.S. authorities for this tragedy: Because of these politically motivated charges against him my husband is now dead."

John McAfee was arrested in Spain in October over tax-related charges filed by American prosecutors in Tennessee, and had been detained at the Brians 2 Penitentiary Centre since.

Weeks before his demise, McAfee tweeted that, were he ever to die by suicide, it would not be his “fault."