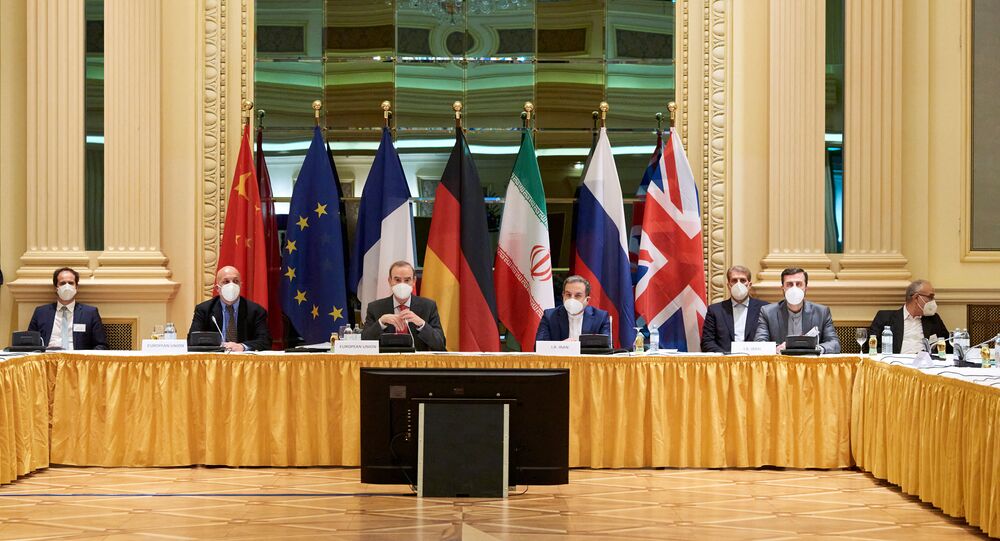 This comes after the Iranian government's spokesman, Ali Rabiei, said on Tuesday that Iran has produced around 114kg of highly enriched uranium in the past five months.

"This presupposes brave decisions, which will have to be taken quickly because we all share the observation that time is not on anyone's side," the spokeswoman said, cited by the agency.

The ministry added that significant disagreements persist in negotiations to revive the JCPOA.

Earlier in the day, the UN nuclear watchdog said that it will be necessary to wait for the formation of the new Iranian government to restore the 2015 nuclear deal.

Iran is holding presidential elections on Friday, and the country's new president will have to name his cabinet by mid-August.

The sixth round of talks aimed at reviving the JCPOA resumed in Vienna on Saturday. Earlier this week, the Iranian government's spokesman Ali Rabiei said that Iran has produced around 114kg of highly enriched uranium since January.

In late 2020, the Iranian parliament passed a bill requiring the Atomic Energy Organisation of Iran to start refining uranium to at least 20 percent fissile purity should the US economic sanctions not be lifted. It also said that Iran must produce 120kg of 20 percent-enriched uranium a year, well above the 3.67 percent limit agreed under the 2015 nuclear deal between Tehran and six world powers. After the US quit the deal in 2018, Iran said it would begin gradually backtracking on its commitments unless European signatories would help it bypass the US sanctions.