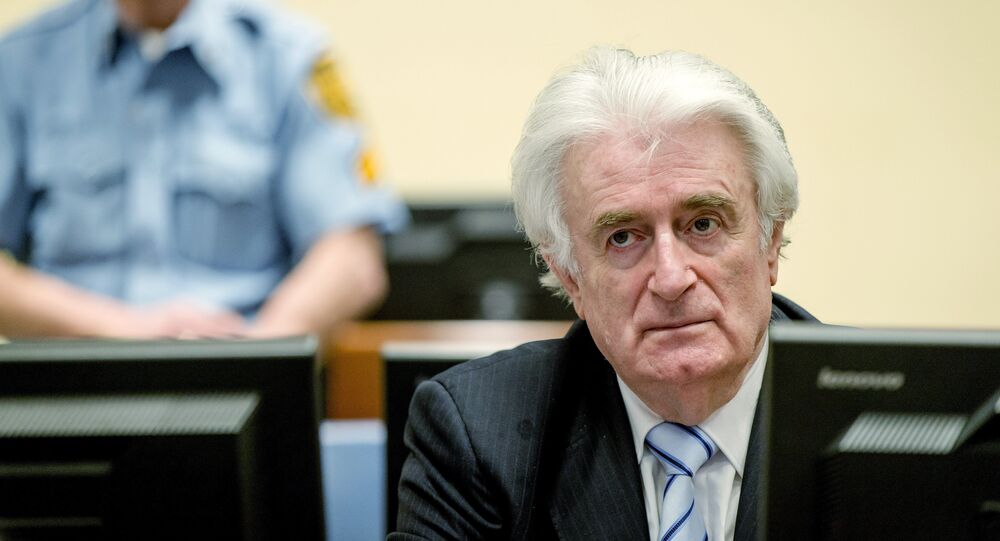 MOSCOW (Sputnik) - The UK government has agreed to the transfer of Radovan Karadzic, the ex-Bosnian Serb wartime leader who was convicted of war crimes, to a prison facility in the United Kingdom, the country's Foreign, Commonwealth and Development Office said on Wednesday.

"The UK has agreed that Radovan Karadzic, convicted of the Srebrenica genocide, should be transferred to a UK prison to serve the rest of his sentence," a statement read.

Dominic Raab, the UK's foreign secretary, said that the United Kingdom could take pride in having played a role in the 2008 arrest of Karadzic.

"We should take pride in the fact that, from UK support to secure his arrest, to the prison cell he now faces, Britain has supported the 30-year pursuit of justice for these heinous crimes," Raab said.

Karadzic was arrested in the Serbian capital, Belgrade, in 2008 after 11 years on the run.

In 2019, the court rejected Karadzic's appeal against the conviction and increased his sentence to life imprisonment.