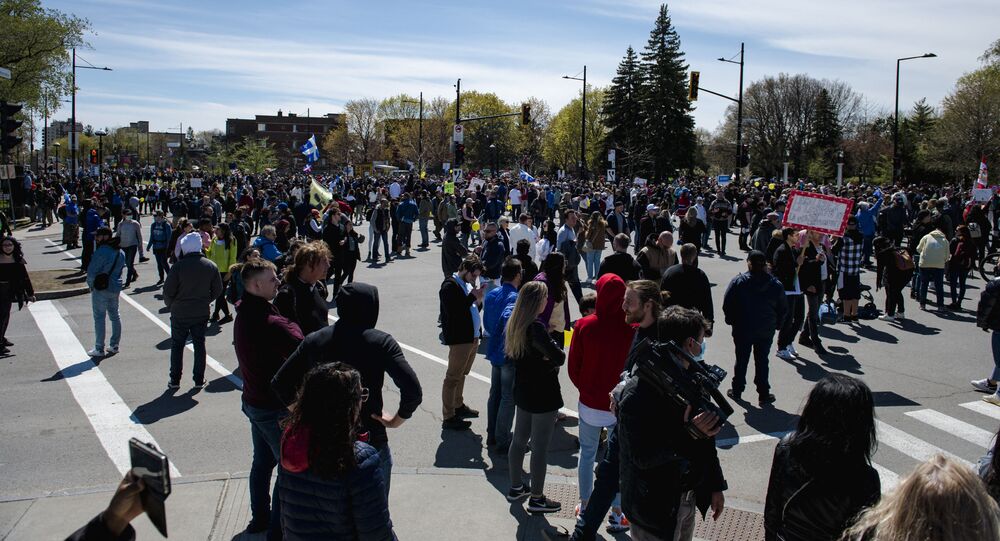 TORONTO (Sputnik) - The Canadian economy lost 207,000 jobs in March, raising the country’s unemployment rate by 0.6 percent as the country labours through the so-called "third wave" of the coronavirus pandemic, the state statistics agency said on Friday.

The job losses were most pronounced in the provinces of British Columbia and Ontario, which have been hit the hardest by the latest wave of the pandemic, the agency said.

Employment declined in both full-time and part-time work, with 129,000 full-time workers losing their job, Statistics Canada said. Most of the losses were in the retail trade, accommodation and food services, and information, culture and recreation sectors.

By contrast, the US Labor Department announced that the country’s economy added 266,000 jobs in April, although this was seen as a disappointment with many economists anticipating as many as 1 million new jobs in advance of the jobs report.

Conservative Party Leader Erin O’Toole blamed Prime Minister Justin Trudeau and his government for the job losses, admonishing the Canadian leader for a faltering vaccination regime that he says spurred the latest wave of the pandemic and is not being felt in countries like the United States and the United Kingdom.