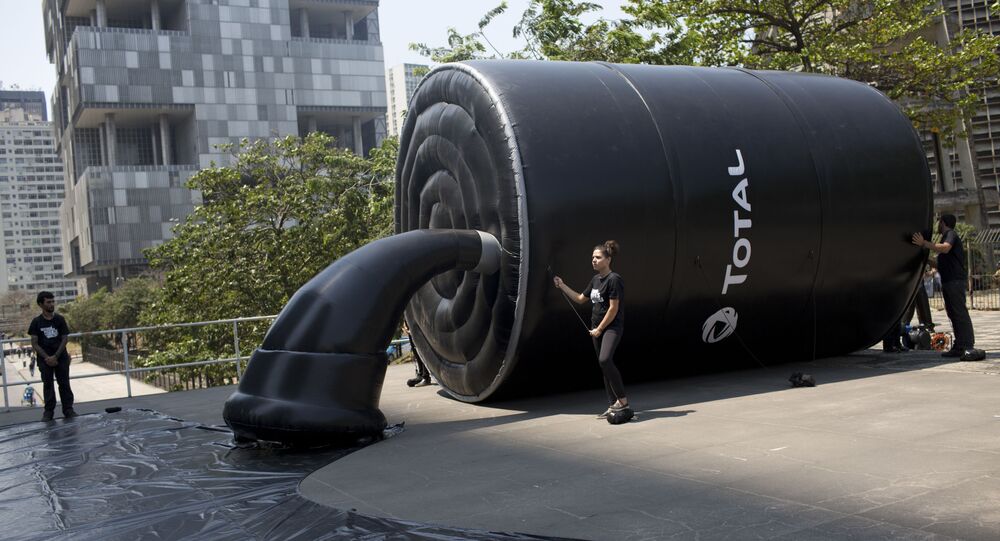 MOSCOW (Sputnik) - Greenpeace France announced on Thursday it had filed a complaint with the Paris prosecutor's office against Patrick Pouyanne, CEO of French energy company Total, over his alleged abuse of his position on the board of a prestigious university to advance "the company’s fossil fuels agenda".

"On 20 April 2021, Greenpeace France, anti-corruption group ANTICOR and La Sphinx, representing former students of the Polytechnique, filed a complaint with the Prosecution Office in Paris against TOTAL CEO Patrick Pouyanné and others unknown for facts likely to constitute the offense of 'illegal taking of interests'," the NGO said in a statement.

The group refers to Total's project to set up an innovation and research center at Ecole Polytechnique's campus in the southwestern Paris suburb of Saclay. The project was approved by the institution's board, of which Pouyanne is a member, last summer.

In its complaint, Greenpeace alleged that Pouyanne used his position on the board to influence decision-making and thus promote his "company’s fossil fuels agenda."

Total proposed Ecole Polytechnique a project on the construction of a research center in April 2018. The institution administration passed the initiative in June 2020.

Greenpeace has repeatedly criticized Total as an energy company whose activities harm the environment.