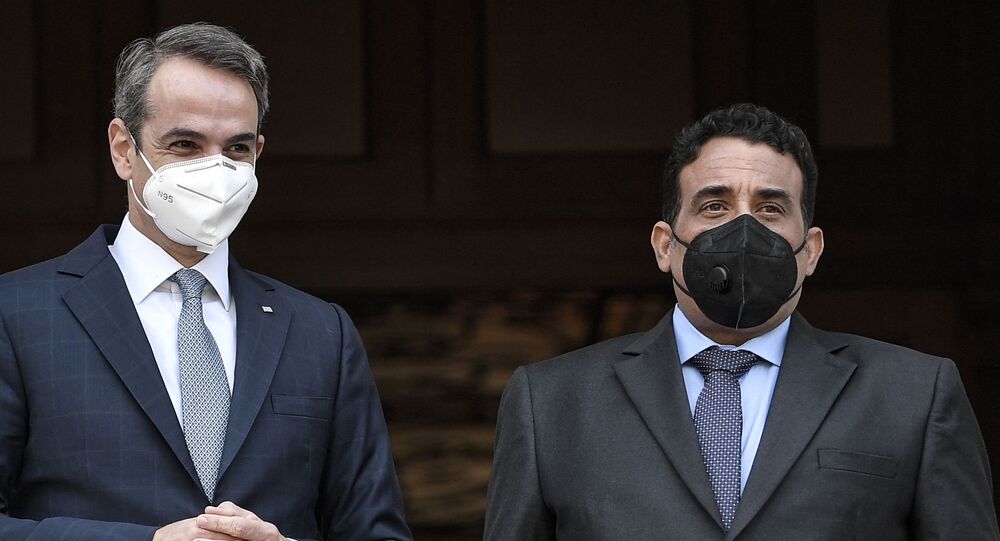 Libya, Greece, and Turkey have been involved in a series of territorial disputes over waters in the Aegean and Mediterranean seas for decades now. The relationship between Greece and Libya soured after the former government of Libya — the Government of National Accord — signed a maritime boundary accord with Turkey back in 2019. At that point, al-Menfi was serving as Libyan Ambassador to Greece, and was expelled from the country following the dispute. With new leadership in place, however, communication seems to be back on the table.

"During the meeting, the Prime Minister and the Chairman of the Presidential Council of Libya agreed on the immediate resumption of negotiations between Greece and Libya on the delimitation of maritime zones under the leadership of foreign ministers," the Greek prime minister office said in a statement obtained by Sputnik.

The new government in Libya has also been in talks with the Turkish leadership, having sent Prime Minister Abdul Hamid Dbeibah to Ankara on Monday to meet with Turkish President Recep Tayyip Erdogan. The two likewise discussed maritime jurisdiction in the Mediterranean, with Erdogan saying that they had come to an understanding that was in the interest of both countries.

Because Greece and Turkey are both members of NATO, the regional rivals’ series of maritime disputes holds great consequence to Western allies, as the risk of armed conflict has the potential to destabilize the region. The trilateral relationship between Libya, Greece, and Turkey will continue to develop this week as the Greek Foreign Minister makes his way to Turkey for talks on Thursday.