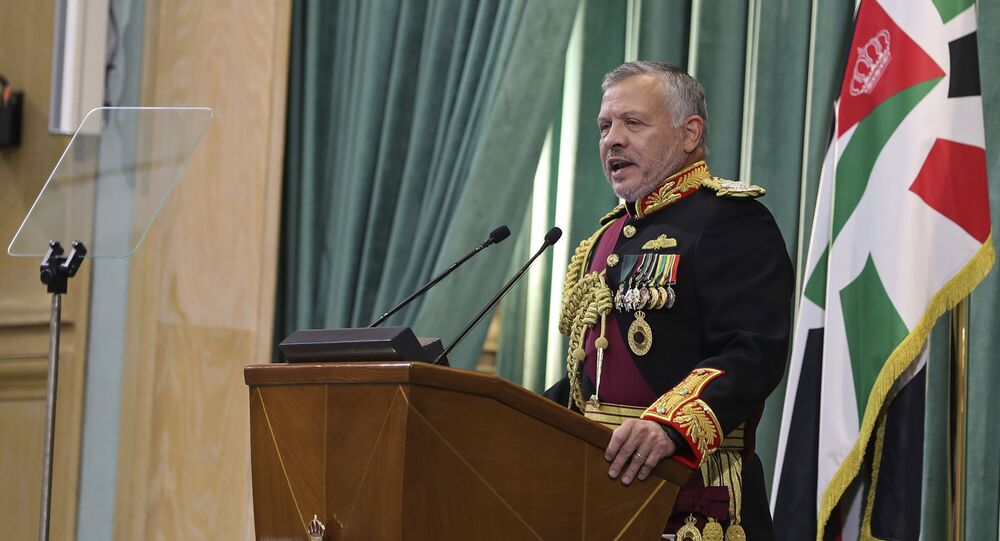 Prince Hamzah was first in line to the throne until King Abdullah II removed his title as crown prince in 2004 and granted it to his son Hussein five years later. The move led to a rift in the family that remained unresolved until recently.

King Abdullah II and his half-brother Prince Hamzah have made their first public appearance since the palace feud, Jordanian state TV reported.

On Sunday, members of the Jordanian royal family joined together to mark the centenary of the establishment of the Emirate of Transjordan, a British protectorate that further gave rise to the kingdom.

The 41-year-old said he was under house arrest, but was determined to put the nation’s interests above his own.

"The interests of the homeland must remain above all considerations, and we must all stand behind His Majesty the King in his efforts to protect Jordan and its national interests", he was quoted as saying, a day after state media reported he had been told to stop actions undermining national security.

"I place myself in the hands of His Majesty the King, stressing that I will remain… committed to the constitution of the dear Hashemite Kingdom of Jordan. I will always be of help and support to His Majesty the King and his Crown Prince", the estranged prince continued his pledge, amid accusations he engaged in a plot to destabilise the kingdom.

© AFP 2021 / KHALIL MAZRAAWI
In this file photo taken on April 17, 2012 shows Jordanian Prince Hamzah bin al-Hussein, president of the Royal Aero Sports Club of Jordan, carries a parachute during a media event to announce the launch of "Skydive Jordan", in the Wadi Rum desert. - A top former Jordanian royal aide was among several suspects arrested on April 3, 2021, as the army cautioned Prince Hamzah bin Hussein, the half-brother of King Abdullah II against damaging the country's security.

At least 18 other people were detained in connection with it.

Abdullah II has since acknowledged "painful days" in his first public speech since the security allegations were raised against Hamzah bin Al-Hussein. On Wednesday, US President Joe Biden made a phone call to Abdullah II "to underscore the importance of his leadership to the United States and the region".

The royal rift dates back to 2004, when King Abdullah II stripped his half-brother of his title of crown prince to endow his son Hussein with it five years later.