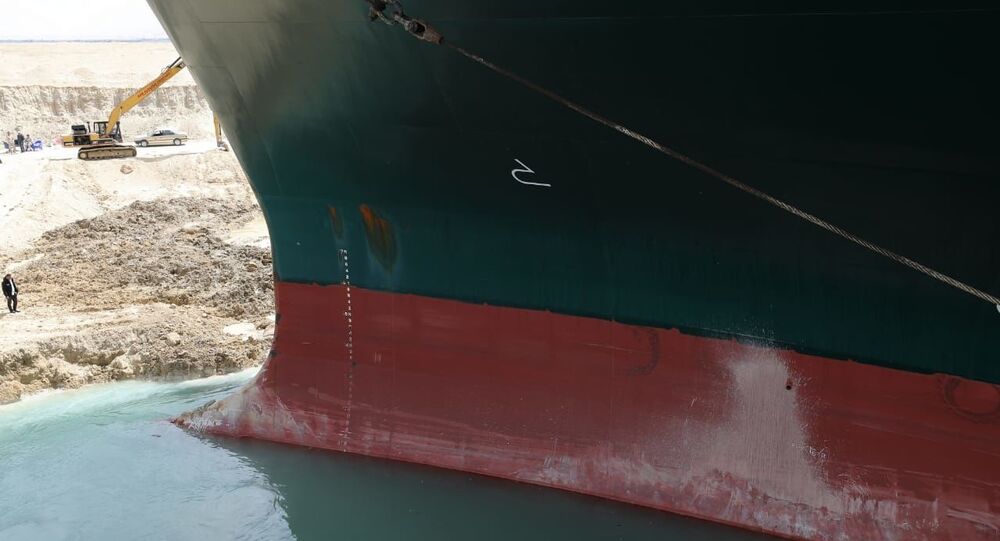 CAIRO (Sputnik) - An attempt to move the Ever Given container ship that is currently blocking the Suez Canal has failed, another attempt to refloat the ship will be made during high tide on Sunday, a source in the Suez Canal administration told Sputnik.

Late on Saturday, a source told Sputnik that the ship had started to react to the work of the tugs and it was expected to be fully refloated later in the night, during the peak of the high tide.

"Unfortunately, it didn’t work out today… Additional dredging will be undertaken today and another attempt [to move the ship] will be made at the next high tide," the source told Sputnik after the failed attempt.

Another source in the Suez Canal administration told Sputnik that there is no specific information on when the Ever Given will be moved, but "there are positive signs."

On Friday, the ship’s operator, the Taiwan-based Evergreen Marine Corporation, said it would take two or three days to refloat the ship from its current position lodged in the shallows. The situation is complicated by the size of the vessel, one of the world's largest container ships at 200,000+ tons, and the number of containers on it.

The 1,300-foot Ever Given has been stuck in the Suez Canal since Tuesday, when it ran aground on its way from China to the Netherlands. Several attempts have been made to move it and the ship even budged a little on Friday. As attempts to unblock the Suez Canal continue, over 320 ships are waiting to pass through with more arriving every day.