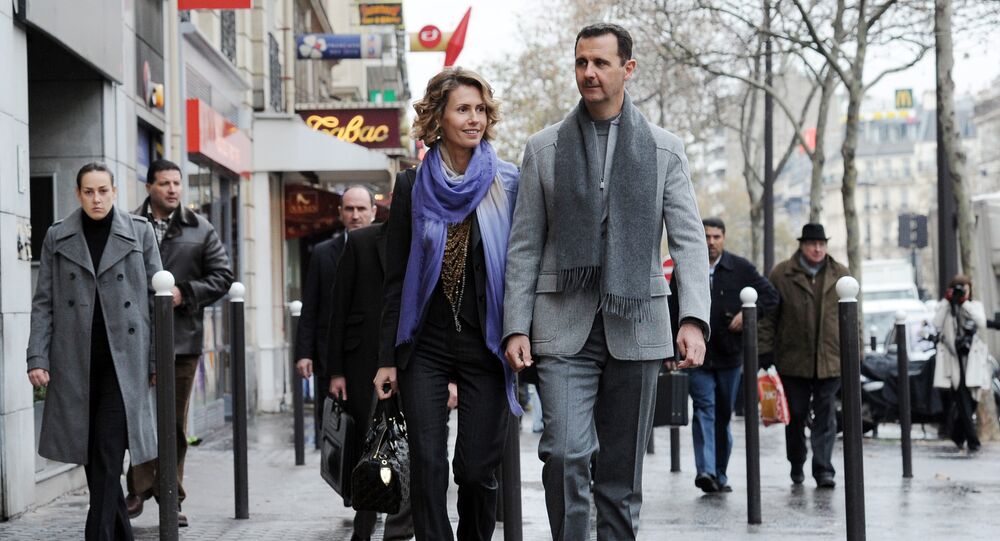 Syria's Ambassador to Russia Riad Haddad has denied media reports that President Assad was taken to Moscow for treatment after contracting coronavirus.

"These rumours are absolutely false. Mr President is in Syria. Claims to the contrary are untrue," Haddad told Sputnik on Friday.

Haddad's remarks follow reports in English, Turkish and Arabic-language media and social media news services over the past 24 hours claiming that the Syrian president and first lady were transferred to Moscow for urgent care as their condition worsened.

Bashar and Asma Assad announced on Monday that they had tested positive for coronavirus and went into self-isolation. The presidential press service indicated that the couple's condition was stable, and said that they would continue to perform their duties under quarantine, which is expected to last two or three weeks.

On Tuesday, Kremlin spokesman Dmitry Peskov said Moscow would immediately review any request for assistance in treating the Assads, should a request be forthcoming. "However, I am unaware that anyone has contacted [us] so far," Peskov said.

President and Mrs Assad's international travel has been been severely restricted for nearly a decade amid the foreign-backed civil conflict raging in their country, with the European Union slapping the couple with travel bans in 2012. Assad himself has made limited trips abroad, but has travelled to Russia several times to meet with President Putin and discuss the joint anti-terrorism operations being carried out in the Syrian Arab Republic.

Assad famously refused to leave Syria in 2012 at the height of the rebel/jihadist uprisings, saying he would "live or die" in his home country rather than give in to the opposition and flee. Assad made the comments just months after the brutal televised murder of Libyan leader Muammar Gaddafi at the hands of NATO-backed jihadists.

Mrs Assad is known to be a breast cancer survivor. In 2019, the presidential press service said that she had defeated the cancer after a year of treatment. The potential impact of the coronavirus on those who have been treated for cancer continues to be studied.

The Syrian government and its allies have won a major victory against an eclectic collection of rebel and jihadist forces arrayed against them, pushing rebels out from most of the country's major population centres, and liberating wide swathes of Daesh (ISIS)*-controlled territories in central and eastern Syria.

Damascus's efforts to rebuild the country have been complicated, however, with the US and Europe continuing to sanction the war-torn nation, preventing the delivery of everything from fuels and food to medical supplies needed to battle the coronavirus pandemic. Additionally, parts of the country remain occupied by pro-Turkish forces, and major oil-producing regions in the north-east are controlled by US troops and their Kurdish allies. Syrian authorities have repeatedly vowed to use any means necessary eventually to free the entire country from terrorism and foreign occupation.

The exact scale of the coronavirus pandemic in Syria remains unknown, with the World Health Organisation reporting about 16,250 cases and 1,085 deaths, with the vast majority of cases (13,000+) reported in Damascus governorate.