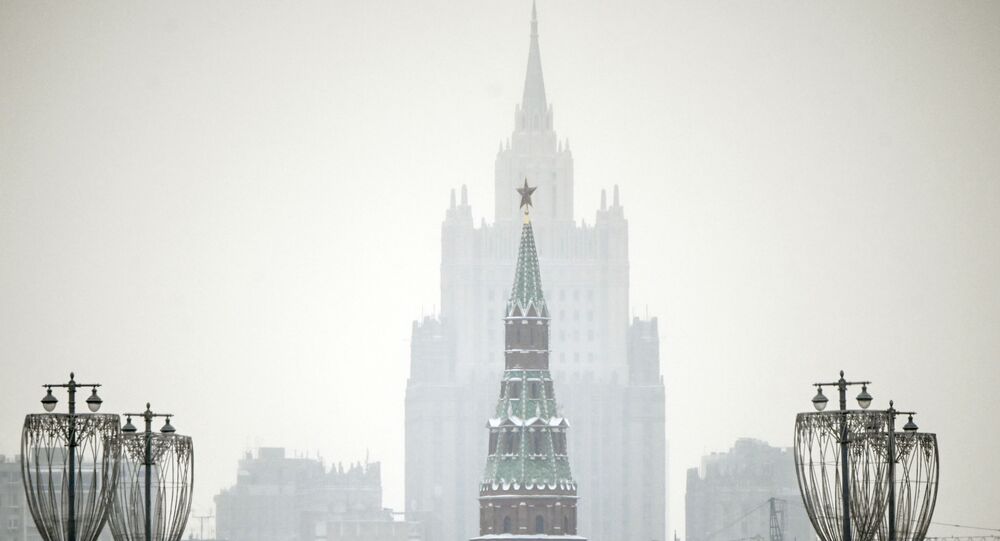 Earlier this week, the US and EU imposed sanctions on several Russian government officials and entities over the imprisonment and alleged poisoning of opposition figure Alexei Navalny.

New sanctions against Russia recently imposed by the US and EU are interference in Russia's internal affairs, Kremlin spokesman Dmitry Peskov said on Wednesday, adding that the accusations levelled at Moscow are absurd.

"This is nothing but interference in Russia's domestic affairs ... In general, we can only express our regret, as our opponents use methods that damage our bilateral relations," Peskov said.

When asked why the West introduced targeted sanctions instead of restrictions against major businesses or state debt, the Kremlin spokesman said it was not up to him to "explain the motives."

"We believe that all these decisions, both targeted and others, are absurd and absolutely groundless. The most important thing is, they have no effect and no sense," Peskov continued.

He slammed the new restrictions, imposed by the United States and the European Union, as "absolutely unacceptable" and expressed the belief the move would "significantly harm the relations that are already in a deplorable state."

According to Peskov, Russia will not abandon the principle of reciprocity when responding to the new restrictions that the West introduced over Navalny's case.

"We will provide an answer that serves our own interests in the best manner ... Of course, we will stick to the principle of reciprocity. We just cannot abandon it in the international relations," Peskov told reporters when asked if individual sanctions on US and European officials would serve Russia's interests.

Meanwhile, Russia is already preparing reciprocal measures it will introduce in response to the new US sanctions, foreign ministry's spokeswoman, Maria Zakharova, said on Wednesday.

Outrage Over US Claims the FSB Behind Navalny's 'Poisoning'

Peskov said that Washington's claims about the Russian Federal Security Service (FSB)'s role in the alleged poisoning of opposition figure Navalny are disgusting.

"The case of the Berlin patient [Navalny] was cited as grounds to introduce the restrictions. US colleagues say that he was highly likely poisoned, and the FSB was behind the poisoning. This is disgraceful...If our American colleagues have some arguments, some specific arguments, then, probably, our American colleagues should share the arguments with us in the interests of establishing the circumstances. If they and our EU colleagues deliberately conceal arguments and evidence, this means they are either deliberately concealing the true background of this Berlin story, or they deliberately hinder reconstruction of the truth. Both would be outrageous and unacceptable," the Kremlin spokesman went on to say.

On Tuesday, the EU blacklisted several Russian entities and officials over the imprisonment and alleged poisoning of Russian opposition vlogger Alexei Navalny in August 2020. The US Treasury Department also imposed sanctions against 14 entities, 13 of which are private companies, and a Russian state research institute.