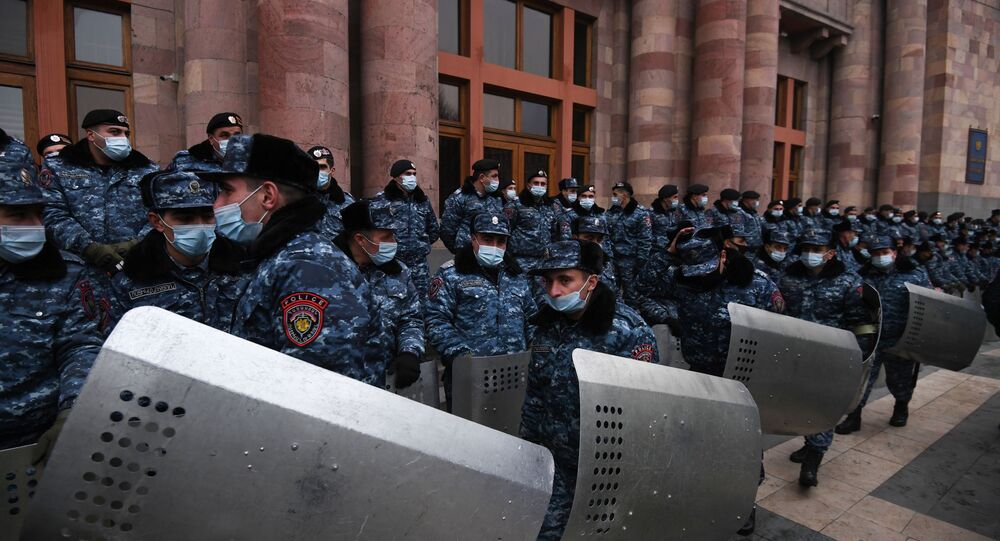 YEREVAN (Sputnik) - Armenian opposition activists spent a second consecutive night in tents in front of the parliament building in Yerevan, a Sputnik correspondent reported on Saturday.

Around three dozen people who call on Prime Minister Nikol Pashinyan to step down spent the night in tents. The opposition activists told Sputnik that the night was calm, and other like-minded people brought them breakfast in the morning.

Meanwhile, the opposition has announced another rally in front of the parliament building, slated for Saturday. The police have blocked paths leading to the tents and are deployed near the parliament.

A political crisis erupted in Yerevan after the deputy chief of the Armenian general staff mocked Pashinyan's controversial comment about the alleged failure of Russian-supplied Iskander missiles during the conflict in Nagorno-Karabakh.

This triggered a series of military dismissals. The armed forces later issued a statement demanding Pashinyan's resignation, with the prime minister regarding this as an attempted coup and calling on his supporters to take to the streets.