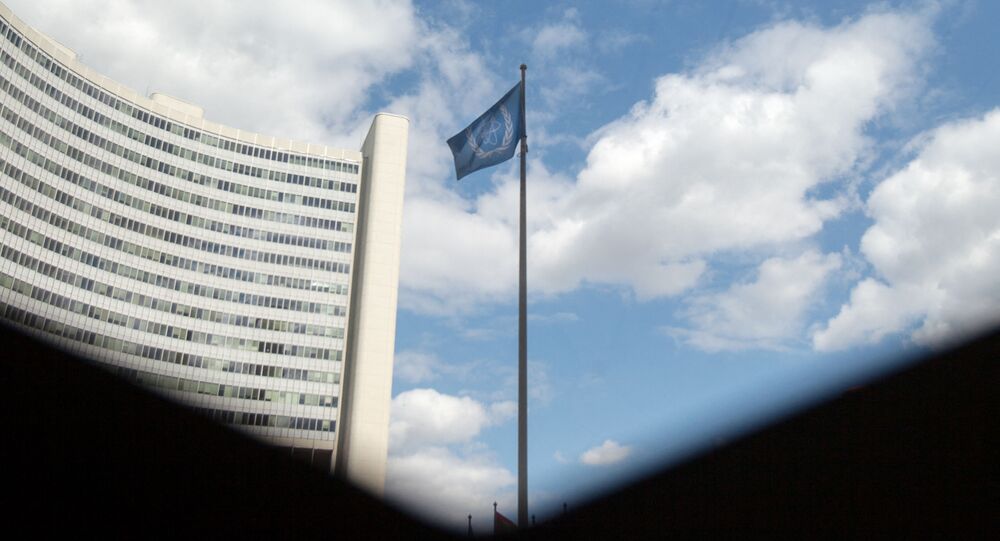 Earlier, the United States called on Iran to immediately cooperate with the International Atomic Energy Agency (IAEA) regarding its alleged undeclared material.

The foreign ministers of France, Germany and the UK urged Iran in a joint statement to stop and reverse all measures that reduce transparency and to ensure full and timely cooperation with the IAEA.

According to the statement, Iran’s actions constitute a further violation of its commitments under the JCPOA and significantly reduce the safeguards ensured by IAEA oversight.
© REUTERS / KEVIN LAMARQUE
US Calls on Iran to Reverse Decision to Limit IAEA Inspections, State Department Says

On Monday, the Iranian Foreign Ministry reaffirmed Tehran's intentions to limit the implementation of the Additional Protocol on inspections of its nuclear sites starting 21 February.

In December, Iran passed a law to increase its uranium enrichment and stop UN inspections of its nuclear sites in response to the killing of nuclear physicist Mohsen Fakhrizadeh. At the start of January, Iran’s atomic energy organization announced that the country had succeeded in enriching uranium at 20 percent at the Fordow Fuel Enrichment Plant.

In 2015, Iran signed the JCPOA with the P5+1 group of countries (the United States, China, France, Russia, the United Kingdom - plus Germany) and the European Union. The agreement required Iran to scale back its nuclear program and downgrade its uranium reserves in exchange for sanctions relief, including lifting the arms embargo five years after the agreement's adoption. In 2018, the United States withdrew from the JCPOA and re-imposed sanctions against Iran, prompting Tehran to largely abandon its obligations under the accord.