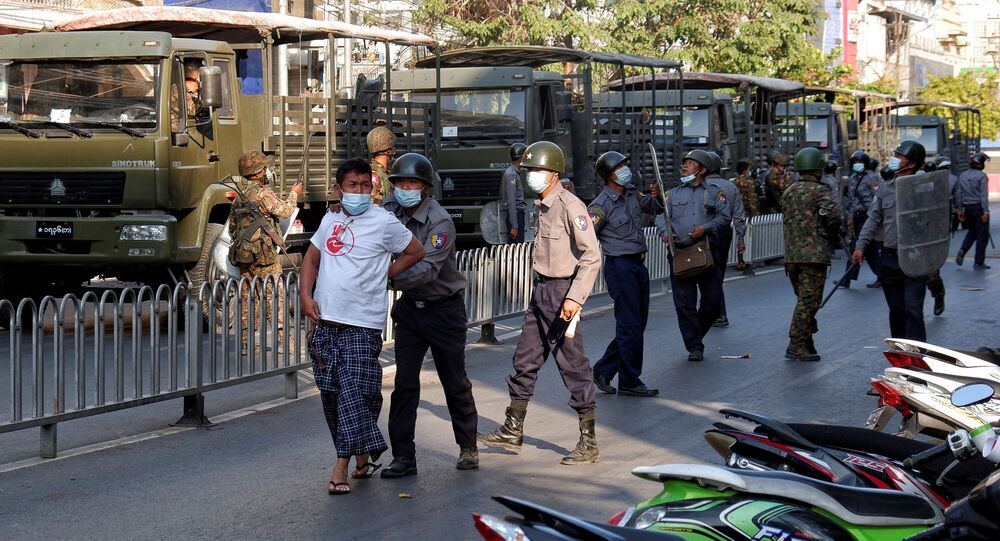 TORONTO (Sputnik) - Canada has imposed sanctions on nine Myanmar officials, including the country’s leader Gen. Min Aung Hlaing, in response to the coup d’etat carried out by Myanmar’s armed forces earlier this month, Global Affairs Canada said in a statement on Thursday.

"Marc Garneau, Minister of Foreign Affairs, today announced that in response to the coup d’état in Myanmar, Canada is imposing sanctions against 9 Myanmar military officials, under the Special Economic Measures (Burma) Regulations," the statement said.

The measures were imposed in coordination with the United Kingdom a week after the United States sanctioned ten individuals and three entities in Myanmar.

The sanctions freeze all assets the affected individuals may hold in Canada and prohibit Canadians from engaging in financial dealings with the designated officials.

© AP Photo
A picture of detained Myanmar leader Aung San Suu Kyi is displayed at an intersection against the military coup in Yangon, Myanmar Tuesday, Feb. 16, 2021.

On 1 February, Myanmar’s military overthrew the government and declared a year-long state of emergency. The military has placed State Counselor Aung San Suu Kyi and President Win Myint, along with other top officials it has accused of election fraud, under house arrest.