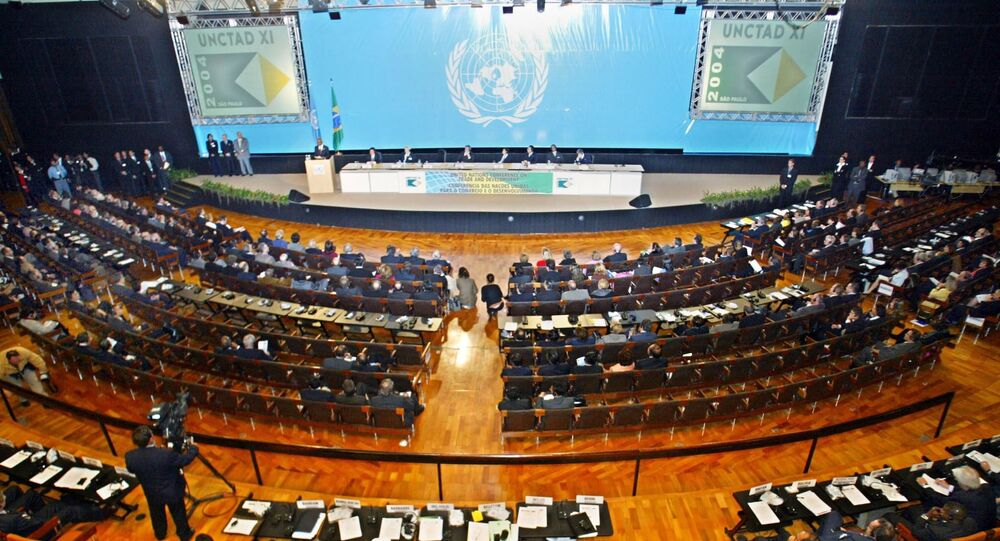 MOSCOW (Sputnik) - Deputy head of the United Nations Conference on Trade and Development (UNCTAD) Isabelle Durant has accepted a position as the organisation's acting head, the intergovernmental body said on Tuesday.

"UN Secretary-General Antonio Guterres appointed Ms. Durant to the role to ensure a smooth transition as he conducts a recruitment process, in consultation with member states, to find a successor to previous UNCTAD chief Mukhisa Kituyi," the organisation said.

Durant had served as UNCTAD’s deputy secretary-general since 2017. She has an established career in public affairs and governance, with experience in international trade, mobility and infrastructure, social policies and assisting countries. During her time in the UNCTAD, Durant has been actively involved in the organization’s socio-economic response to the coronavirus crisis, as well as inclusivity and sustainability efforts.

"I’m deeply honoured to lead UNCTAD at this critical time as countries all over the world battle a deadly pandemic and the worst economic crisis in nearly a century. I’m committed to working with all stakeholders to ensure the people we serve are supported during this crisis and feel us by their side on the path to recovery," Durant said.

Durant held high positions in the Belgian government, serving as minister of transport and energy from 1999 to 2003, later – as vice prime minister and senator of Belgium. From 2009 to 2014, Durant acted as vice president of the European Parliament, where she chaired permanent delegations to various countries. Immediately before joining UNCTAD, she was a senior expert on local governance in Algeria, a member of the parliament of the Brussels capital region and the Economic Affairs Committee, participated in EU parliamentarian delegations to Iran, Myanmar and Haiti.