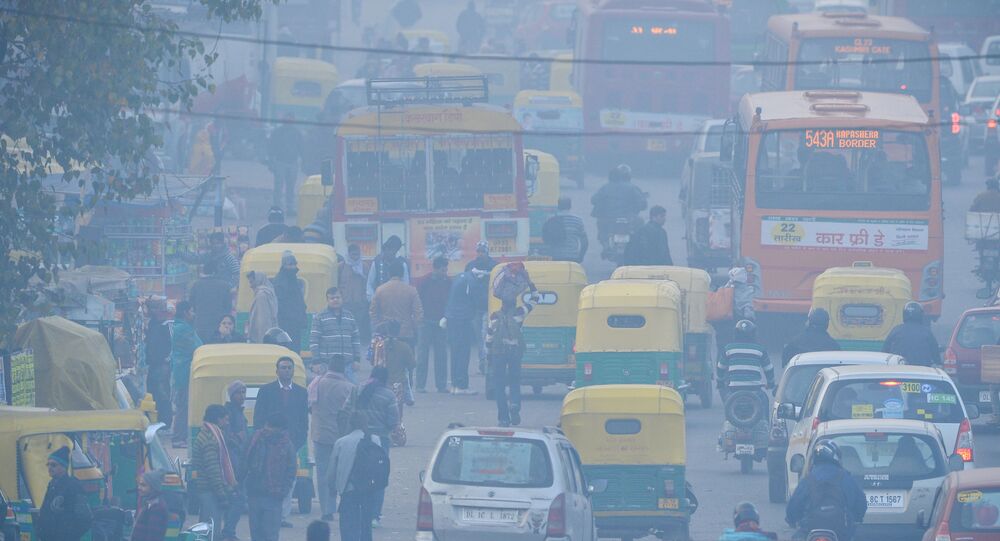 Pollution-Hit New Delhi Decides to Switch to Electric Vehicles Only

New Delhi was rated as the world's most polluted city in a WHO study two years ago. An alarmingly hign number of cases of chronic respiratory issues have been registered among the population of the Indian capital. About 41 percent of the air pollution is attributed to vehicular emissions.

The Indian capital New Delhi, which is choking on the toxic fumes of nearly 12 million vehicles, is working to drastically alleviate the pollution crisis. On Thursday, the city government declared it will soon start using electric vehicles.

The local government has since launched a "Switch Delhi" campaign to motivate commuters to opt for an electric vehicle when they next go to purchase a new car.

"The government is giving huge subsidies for buying two, three, or four wheeler electric vehicles and you don't have to pay the road tax or the registration fee as well", said Delhi State Chief Arvind Kejriwal.

Kejriwal said his government is going to completely switch over to electric vehicles for its routine needs.

We have to turn our EV adoption movement into a mass movement, a 'Jan Andolan', to create a collective conscience to decrease pollution by purchasing EVs: Hon'ble CM Shri @ArvindKejriwal pic.twitter.com/AUpMx4dmFQ

​The government's decision has been hailed by the manufacturers of electric vehicles and associations fighting for cleaner air.

@Hero_Electric welcomes the latest Electric Vehicle Policy by @CMODelhi @ArvindKejriwal. This is a great move towards a pollution-free nation.

Venkatesh Dwivedi, Director Projects and Business Development in Energy Efficiency Services Limited, an energy service company of the Government of India, told Sputnik, "The decision of the Delhi government is very progressive. This will help in market transformation. The cost of running petrol, diesel vehicles is higher as compared to electric vehicles. The companies have been working on scaling up their capacities to meet market demands and the industry will not be caught napping".

We congratulate the Delhi government @ArvindKejriwal for launching the #switchdelhi campaign. We endeavour to continue supporting Delhi's transition to cleaner fuels and making it the #electricvehicle capital of India. @Jasmine441 @DDC_Delhi @RockyMtnInst https://t.co/oktleAHaPF

"There is no doubt that if petrol and diesel stop emitting toxic fumes on Delhi's roads then air quality will improve", S. K. Gupta, Secretary of the Indian Association for Air Pollution Control, Delhi Chapter, told Sputnik.

"But the government needs to ensure that consumers get good, viable options, with convenient charging facilities, lower costs to make the campaign a success", he added.

The government of Delhi launched what it called the Electric Vehicle Policy in August 2020 and since then 6,000 people have bought electric vehicles and availed themselves of the government subsidy.

Polluted Delhi Fights to Breathe Again With Jail Term of up to 5 Years, $130,000 Fine & Mobile App