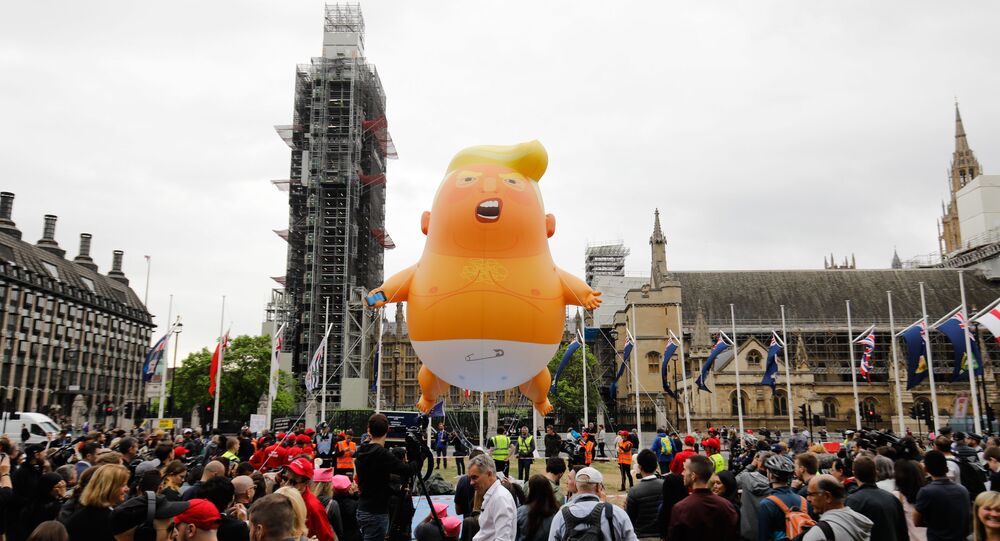 With the US President Trump leaving office, the infamous blimp depicting him as a crying baby in a diaper has found peace – in a collection at a British museum.

The “Trump Baby” blimp, which accompanied the US president during his state visit to the United Kingdom in 2018, has finally been acquired by the Museum of London. The 20-foot-tall balloon will become part of the museum collection and will illustrate the protests that erupted back in 2018, ahead of Trump’s visit to London.

“Having toured the world the Trump Baby blimp is now heading to its final resting place, the Museum of London, where it will be conserved and potentially displayed in the museum’s future new home in West Smithfield in the coming years,” the statement on the museum's website said.

The creators of the giant balloon, for their part, said they hoped it would serve as a reminder of the “politics of hate” – and London’s fight against it.

The blimp, which initially appeared in the UK sky, was later used in France, Argentina and Ireland in protests against POTUS. The original balloon was soon copied by protesters in the US, who used the same diaper/cellphone design of the original UK balloons.