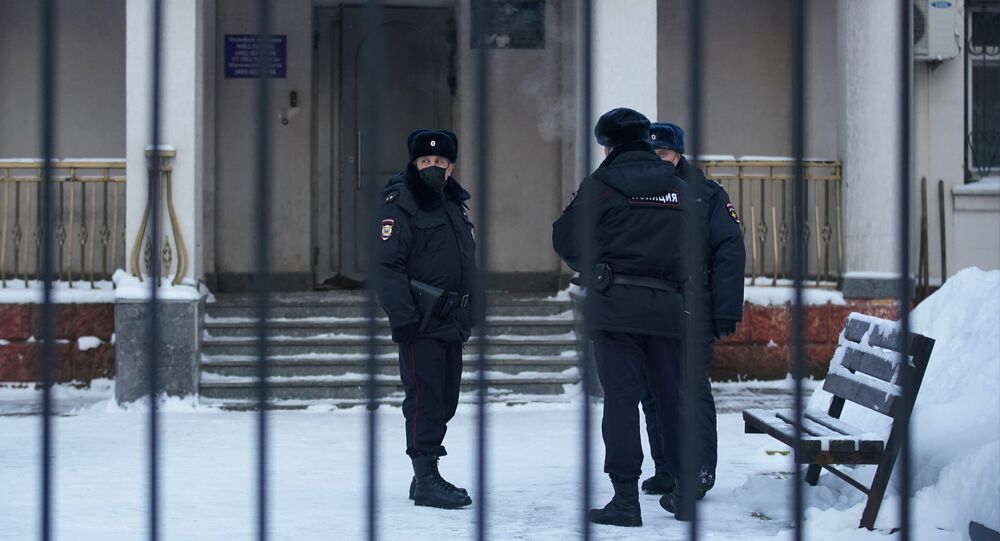 Following the detention of Russian opposition figure Alexei Navalny, a number of Western countries, including the US, the UK, and Germany called on the Russian authorities to release him.

Russian Foreign Minister Sergei Lavrov on Monday claimed the reaction of Western countries to Alexei Navalny's detention is meant to "distract attention from the crisis of liberalism".

"We see how they are clinging to yesterday's news about Navalny's return to Russia. I feel how happy they are to issue comments, which are nearly the same. They are happy, as Western politicians think they will be able to shift attention from the deepest crisis that the liberal development pattern has found itself in," Lavrov said at a press conference.

The Russian diplomat expressed the belief that the West should ensure a "fair play" and try to solve domestic problems through "equitable international cooperation" instead of looking for some external reasons to justify its actions.

"No one can now solve problems on one's own without the involvement of the international multilateral formats," Lavrov continued.

Navalny was detained on Sunday at Moscow's Sheremetyevo airport upon his arrival from Germany, over violations of probation.

© REUTERS / HANDOUT
German, British Foreign Ministers Call for Navalny's 'Immediate Release'
Navalny fell ill aboard a domestic Russian flight on 20 August. He was initially treated in the Siberian city of Omsk after the plane made an emergency landing. Local doctors suggested a metabolic malfunction as the main diagnosis and stated that there were no traces of poison in his system.

Two days later, Navalny was flown to the Charite hospital in Berlin for further treatment. The German government later claimed to have evidence of his poisoning by a nerve agent from the Novichok group. Laboratories in France and Sweden reportedly backed the conclusion.