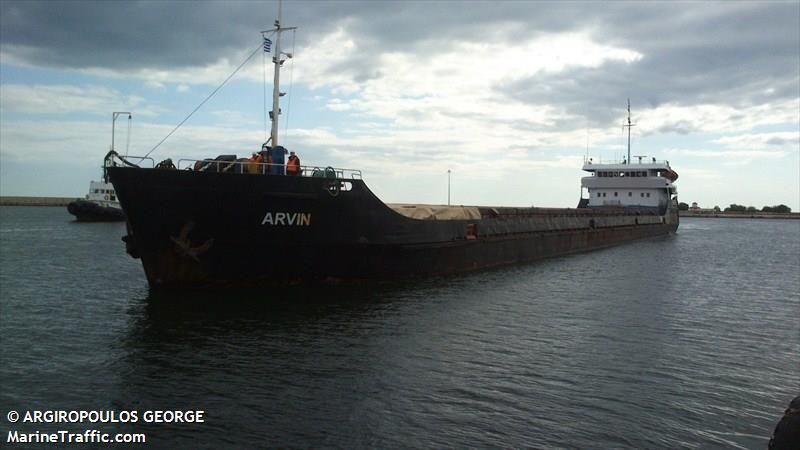 The dry cargo ship reportedly disappeared off the coast of the Turkish province of Bartin in the Black Sea on Sunday.

Four crew members have died after the "Arvin" dry cargo ship sank off the coast of northern Turkey, said Sinan Guner, governor of the Turkish province of Bartin.

"According to the latest information, six crew members have been rescued while the bodies of four others were found. We have to suspend the rescue operation because of the poor weather conditions which caused the shipwreck," Guner told NTV.

He added that the rescued sailors have been taken to hospital, and that he will visit them himself.

Earlier on Sunday, the governor told the media that a "Russian-flagged" dry cargo ship had sunk off the coast of northern Turkey, adding that a rescue operation for "the approximately 15 crew members who are in three lifeboats" was underway.

At least one Turkish Navy vessel has been sent to rescue the sailors – a helicopter was also requested, although poor weather may prevent it from getting off the ground, the official added.

The Russian Embassy in Ankara has confirmed to Sputnik that it was investigating the circumstances of the incident and the fate of the crew.

Later, the Ukrainian Foreign Ministry confirmed that the ship had ten Ukrainian nationals onboard. The Turkish Coast Guard told Sputnik that there were two Russian national sailors on the ship.

Possible footage of the vessel obtained by Anadolu Agency shows it listing dangerously off the Turkish coast:

Anadolu Agency reported, citing local authorities, that the ship that sunk was the "Arvin," which according to vessel tracking resources is a large, Soviet-built cargo ship launched in 1975 that's been sailing under the flag of Palau. The vessel, originally named the "Volgo-Balt 189," sailed under the Soviet and Russian flags until 1997, when it its ownership changed hands and it began sailing under the Maltese, Cambodian, and finally Palau flags.

The Seafarers' Union of Russia told Sputnik later Sunday that the vessel is operated by Tesoro Marine, a Ukrainian-registered company.

The ship was last reported sailing in the Black Sea between off the coasts of Turkey and Georgia. Its cargo is unknown. Major Georgian exports to Turkey include copper ores and concentrates, ferro-alloys, and various scrap metals, mostly stripped from Soviet industrial and automotive equipment and factories in the country and throughout the region which fell into disrepair or were bankrupted after 1991.