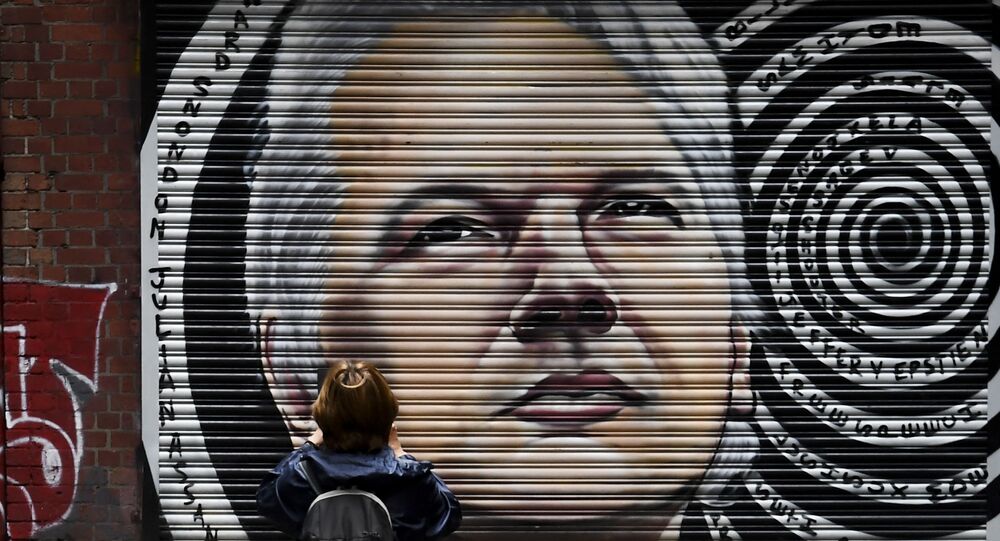 GENOA (Sputnik) Anastasia Levchenko - WikiLeaks founder Julian Assange must be immediately freed from the high-security prison in the United Kingdom, as keeping him in further custody is illegal after a UK court rejected his extradition to the US, Monika Karbowska, a member of the French NGO WikiJustice for Assange said.

UK district judge Vanessa Baraitser ruled on Monday not to extradite Assange to the United States, citing health reasons and the risk of suicide in the US prison system, but did not release him from the Belmarsh high-security prison where he is detained.

Following his arrest at the Ecuadorean embassy in April, 2019 Assange was sentenced to 50 weeks in prison for skipping bail. After he served his time, the UK court ruled that he should remain in prison until the extradition case ends.

“According to the law, and the 2003 extradition treaty between the USA and Great Britain, Julian Assange is free since the judge pronounced and published the word 'discharge' and not adjournment. There is no reason to keep him in detention,” Karbowska, who was in the court on Monday, said.

On Wednesday, Julian Assange's legal team is making an appeal for his temporary release from prison. Monika Karbowska is going to be present at the Westminster Magistrate Court.

“At 12:25pm from the moment the word 'discharge' was pronounced, Julian Assange should have left through the front door of the Old Bailey and gone wherever he wanted. He is no longer being prosecuted by anyone, neither by a court in the United States nor by the United Kingdom for that matter. His detention is arbitrary, it is even more of a hostage situation since someone is now demanding a bail for his freedom which looks like a ransom,” she continued.

On Tuesday, UN Special Rapporteur on torture and other cruel, inhuman or degrading treatment Nils Melzer said in a statement that Assange must be immediately released from the high-security prison in the United Kingdom and be compensated for the abuses he has suffered.

“I will be at the Westminster Magistrate Court. We are fighting for Julian Paul Assange to be released without any bail/ransom and without having to prove a residence address in England and without being dependent on a guarantor or relationship in England. We are putting pressure on him to walk free through the front door of the Westminster Court and I would like to speak to him to inform him that if he wishes we are prepared to help him come to France legally simply on the basis of his Australian passport or a flat is already waiting for him,” Karbowska said.

She noted that the court must also give him back his passport, the proof of his identity. However, she expressed doubts whether any valid identity document in the name of Julian Assange had ever been produced, and if none existed, he must urgently be provided with one.

The US government has already announced that it will continue to seek Assange's extradition to try him for the publication of classified information that exposed war crimes committed by US military in Iraq and Afghanistan. A US Department of Justice spokesman also said they were “extremely disappointed” by the decision made by UK district judge Vanessa Baraitser, so the prosecution will appeal the ruling at London's High Court, meaning that the extradition case will be in UK courts for months.

“The extradition treaty does not provide for an appeal, moreover there is no appeal since it is not a verdict but a refusal of extradition pronounced by a sovereign State. … Even if this court makes a second extradition request, it will not be an appeal from the first, but a new request,” Karbowska said.