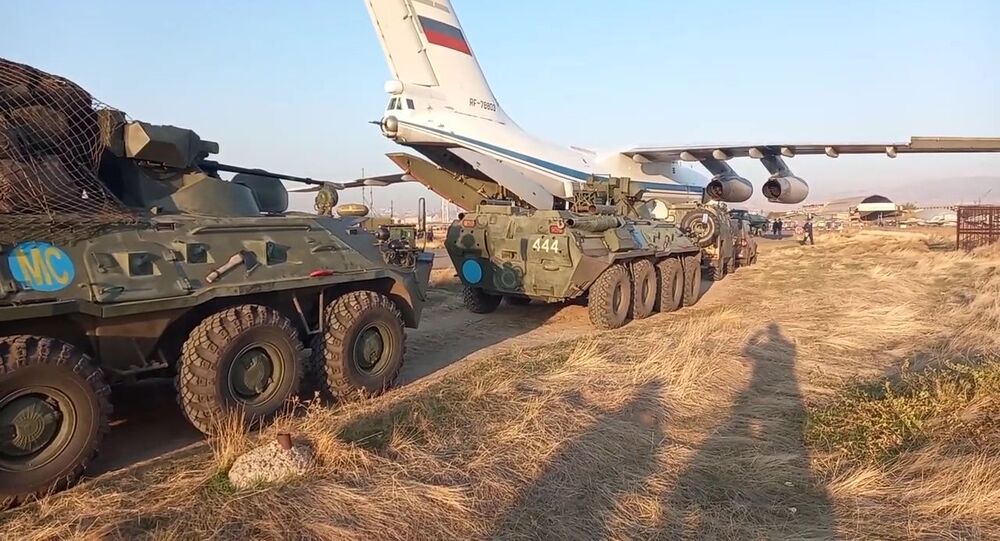 On Wednesday, the leader of the Enlightened Armenia party, Edmon Marukyan, said negotiations must start over the establishment of a new Russian base in Armenia's Syunik province – as Azeri forces are now located close to Armenian villages.

Marukyan stressed that Baku is set to increase its military budget for 2021 to $2.7 billion, despite the fact a ceasefire agreement in Nagorno-Karabakh was reached. Azeri President Ilham Aliyev has repeatedly said the Karabakh issue is "settled."

© AFP 2020 / KAREN MINASYAN
Explained: Why Azerbaijan and Armenia are Clashing Over Nagorno-Karabakh
According to Marukyan, even if Armenia spends its entire budget on defence it won't be enough to guarantee border security.

"We are about to start consultations with our Russian partners, with people who work at the Council of Europe and members of the Armenian-Russian parliamentary commission," he said.

Marukyan said the issue needs to be addressed soon because the Syunik province is the "core" of Armenia.

The demarcation and delimitation of the border with Azerbaijan is one of the most pressing issues in the country. As part of the Nagorno-Karabakh ceasefire agreement reached between Yerevan and Baku last month, Armenia has conceded its positions in the Syunik province as well as part of the Sotsky deposit in the Gegharkunik Province. This has provoked a public outcry in Armenia and fuelled anti-government protests in Yerevan.