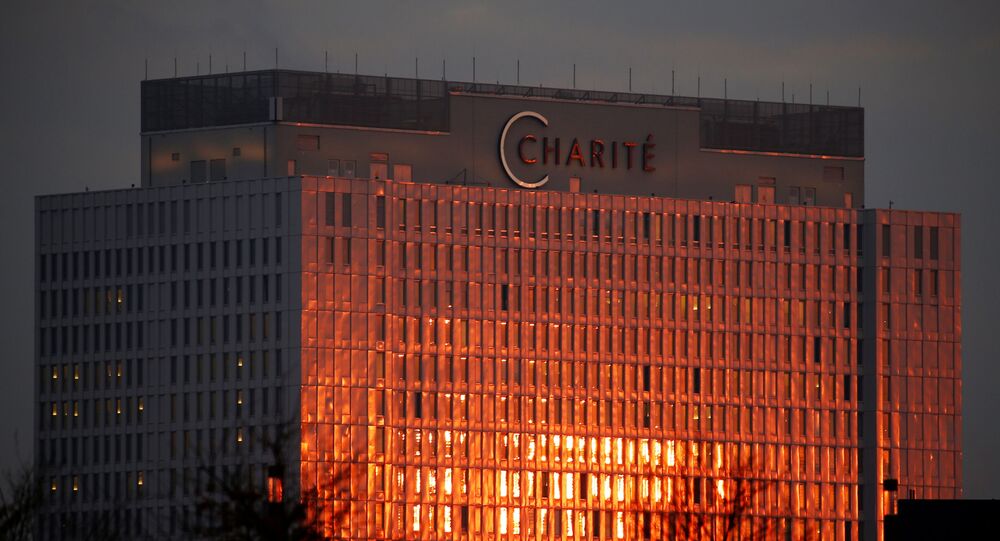 BERLIN (Sputnik) - Berlin’s Charite hospital published a case report on the clinical course of Russian opposition figure Alexey Navalny in The Lancet medical journal on Wednesday, reiterating that a Bundeswehr lab had confirmed a nerve agent from the Novichok group in the patient’s blood samples.

In its "eighth and final statement" on the case, the hospital noted that it had published the report at The Lancet's request and with Navalny’s consent.

"On Aug 22, 2020, the patient was transferred by a German air ambulance to the Charité-Universitätsmedizin Berlin at the request of his family. Severe poisoning with a cholinesterase inhibitor was subsequently diagnosed. 2 weeks later, the German Government announced that a laboratory of the German armed forces designated by the Organization for the Prohibition of Chemical Weapons (OPCW) had identified an organophosphorus nerve agent from the novichok group in blood samples collected immediately after the patient's admission to Charité, a finding that was subsequently confirmed by the OPCW," the article read.

The hospital went on to report in detail on the clinical course.

Among the conclusions, Charite mentioned that the patient had "a very favourable outcome."

"Presumably, intubation and mechanical ventilation within 2–3 h of symptom onset and absence of preceding severe hypoxia were decisive. Onset and duration of atropine therapy during the first 2 days remain unclear. Fortunately, despite a high risk for aspiration during the initial period of unconsciousness, and colonisation with several multidrug-resistant bacteria, the patient did not develop severe infection. His good health status before the poisoning probably favoured his recovery," it concluded.

Navalny fell ill while aboard a domestic flight on August 20. He was initially treated in the Siberian city of Omsk, where the plane had to urgently land. Local doctors suggested metabolic malfunctions as main diagnosis and said there were no traces of poison in his system. Two days later, he was flown to the Charite hospital in Berlin for further treatment. Later, the German government claimed to have evidence of his poisoning with a nerve agent from the Novichok group. Laboratories in France and Sweden are said to have backed the conclusion. In September, Navalny was discharged from the hospital.

Moscow insists that Berlin present the biological materials to corroborate the alleged chemical poisoning so that it could open a criminal case. According to Russian authorities, they have already sent several requests for legal assistance to Berlin, but to no avail.