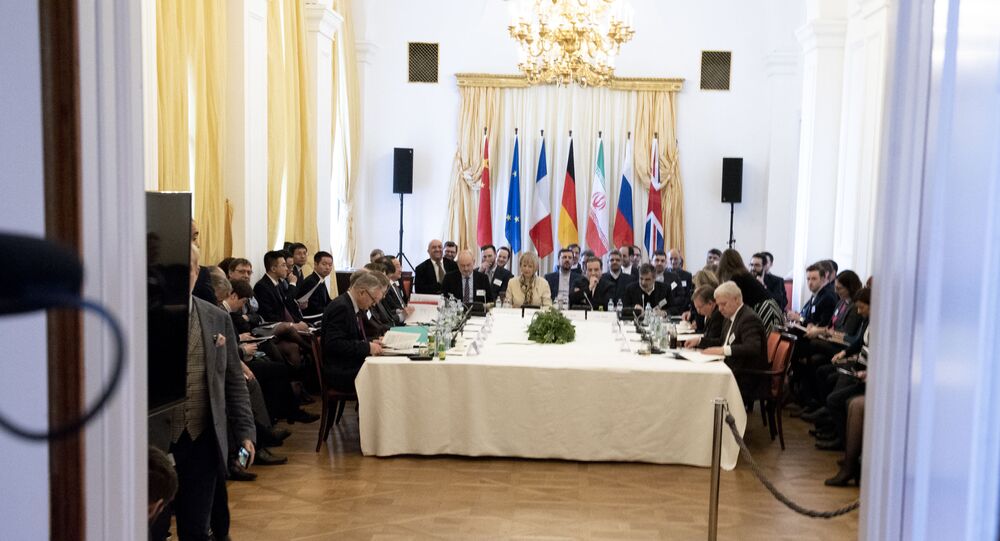 MOSCOW (Sputnik) - UK Foreign Secretary Dominic Raab on Monday cautioned Iran against moving forward with the expansion of its nuclear program as it would undermine possible progress on the Joint Comprehensive Plan of Action (JCPOA) next year.

Earlier in the day, the UK official participated in an online meeting of the foreign ministries from the JCPOA signatory-countries, which included China, France, Germany, Russia and Iran, as well as the European Union.

Today I met with the JCPoA participants, where I made it absolutely clear Iran must not implement the recently announced expansions to its nuclear programme. To do so would undermine the opportunities for progress we hope to see in 2021. https://t.co/9m0yWqJDZE

​In December, Iran passed a bill to increase its Uranium enrichment and stop UN inspection of its nuclear sites in response to the killing of nuclear physicist Mohsen Fakhrizadeh.

In 2015, Iran signed the JCPOA with China, France, Germany, Russia, the United Kingdom, the United States, Germany and the EU. It required Iran to scale back its nuclear program and severely downgrade its uranium reserves in exchange for sanctions relief, including lifting the arms embargo five years after the deal's adoption. In 2018, the US abandoned its conciliatory stance on Iran, withdrawing from the JCPOA and implementing hard-line policies against Tehran.