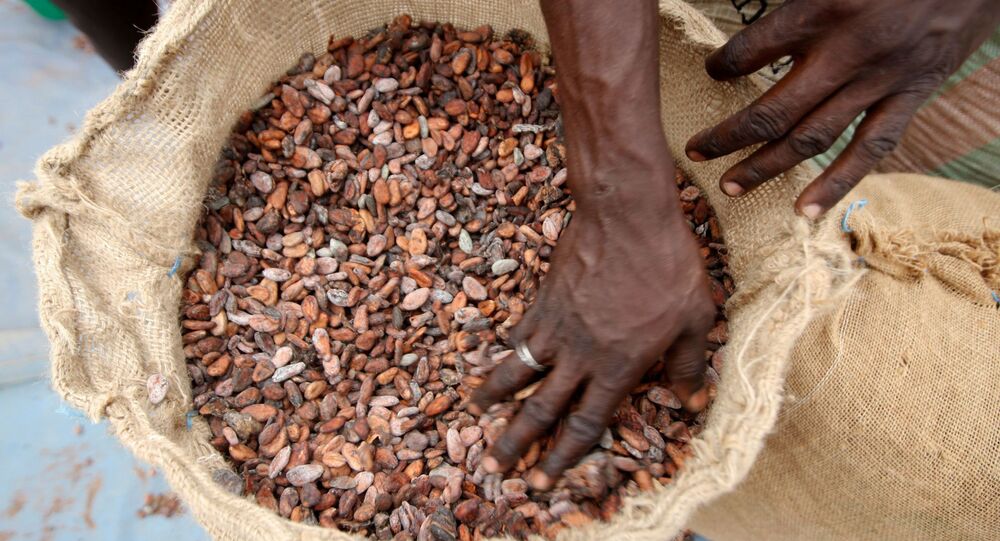 For the last 15 years, multinational corporate food giants Nestle USA and Cargill have been engaged in a legal battle, after International Rights Advocates filed a lawsuit alleging that the two companies profited from child slavery on Ivorian cocoa plantations from which where they purchased products.

Terry Collingsworth, executive director of International Rights Advocates, told Radio Sputnik’s Political Misfits on Wednesday that he believed that the US Supreme Court justices, who are now reviewing the case, did not give the impression that they would side with Nestle and Cargill.

“Based on the questioning, I got the feeling that this time the companies have broached a bridge too far,” Collingsworth said. “Asking even this [conservative] court to say that slavery is legal for corporations in the year 2020, I don’t think they bought it.”

The lawsuit was filed in 2005, on behalf of six former child slaves from Mali who were trafficked to the Ivory Coast to work on a cocoa plantation that sold products to both companies. At the center of the case is a 1789 US law known as the Alien Tort Statute that allows non-US citizens to seek damages in US courts for acts in violation of international law.

The case itself has been juggled back and forth in the court system for several years and has been dismissed on two occasions. It wasn’t until the San Francisco-based 9th US Circuit Court of Appeals ruled in October 2018 that the two multinational corporations were liable, after determining that their corporate offices had knowingly “aided and abetted” child slavery.

By July 2020, the US Supreme Court granted a request by Nestle and Cargill to review the case. Both corporations are arguing that companies should be immune from international law violations, such as child slavery, and suggest that only individuals should face liability.

Collingsworth told hosts Michelle Witte and Bob Schlehuber that the experiences of the six Malian men were by no means defined as modern slavery. “They were captured, they were held captive and they were forced to work against their will for years before they were rescued,” he said.

© AP Photo / Ben Curtis
In this April 6, 2004 file photo, a worker shovels up cocoa beans after they have been dried in the sun, ready to be put into into sacks for export, in Guiglo in western Ivory Coast. West Africa's cocoa industry is still trafficking children and using forced child labor despite nearly a decade of efforts to eliminate the practices, according to an independent audit published by Tulane University in late September 2010.

Three of the six individuals suffered severe treatment that Collingsworth stated was “nothing short of torture when they tried to escape.” He added that “they were whipped, beaten. One of them had the bottom of his feet slashed with a machete and had pepper rubbed in to punish him for trying to get away.”

Earlier this year, a study funded by the US Department of Labor determined that nearly 1.6 million children are engaged in cocoa production taking place in Ivory Coast and Ghana - two primary cocoa suppliers. According to the survey, the majority of the tasks assigned to child labor, those between the ages of 12 and 18, are considered to be the most hazardous.

Collingsworth stressed that a child slave labor “system” only exists because multinational corporations like Nestle and Cargill  habitually outsource their products in hopes of paying bottom dollar for labor.

“It’s incredible,” he said of the defense argument. “Not only are they using child slaves, but they went to the Supreme Court yesterday and argued with a straight face that corporations themselves cannot be liable for slavery in the international system. That is just incredible.”

The Supreme Court is expected to issue a ruling on the case by the end of June, 2021.