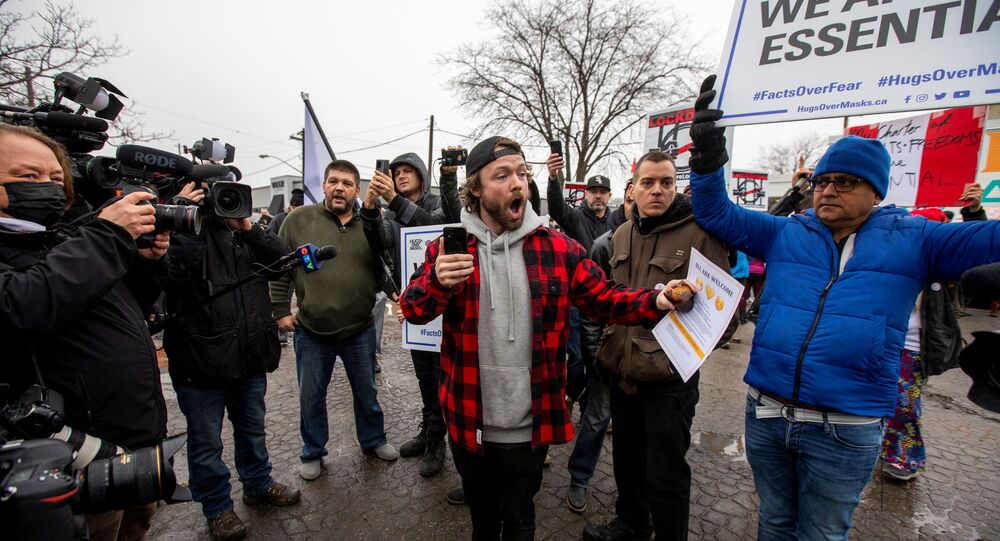 Earlier, the Adamson Barbecue and its owner Adam Skelly himself announced in an Instagram video on Tuesday that he was opening his doors, despite COVID-19 restrictions.

Toronto police on Thursday arrested Adam Skelly, owner of the Adamson Barbecue, after he tried to open it a third time despite a provincial government ban.

On Thursday, police arrived there before dawn to prevent the restaurant from opening for the third day in a row, according to the City News media outlet. Together with the officers, the locksmiths appeared, who changed the locks on the doors of the restaurant so that no one could get inside.

​After a tense confrontation between protesters and officials, the officers can be seen on the video that emerged online taking Skelly away in handcuffs.

​“I was nice to the guy yesterday, but buddy, let me tell you something, you’re putting people’s lives in jeopardy. I always try to be nice the first time, but this guy is just totally ignoring public health officials,” said Ford during Wednesday’s press conference.

“That’s how this spreads — that’s how we get out of hand like the United States that are out of control right now. People are dying because of COVID-19, and he just wants to say ‘forget it’ and have everyone down there,” he added.

The maximum fine for a corporation found guilty under Ontario’s Reopening Act is $ 10,000,000.