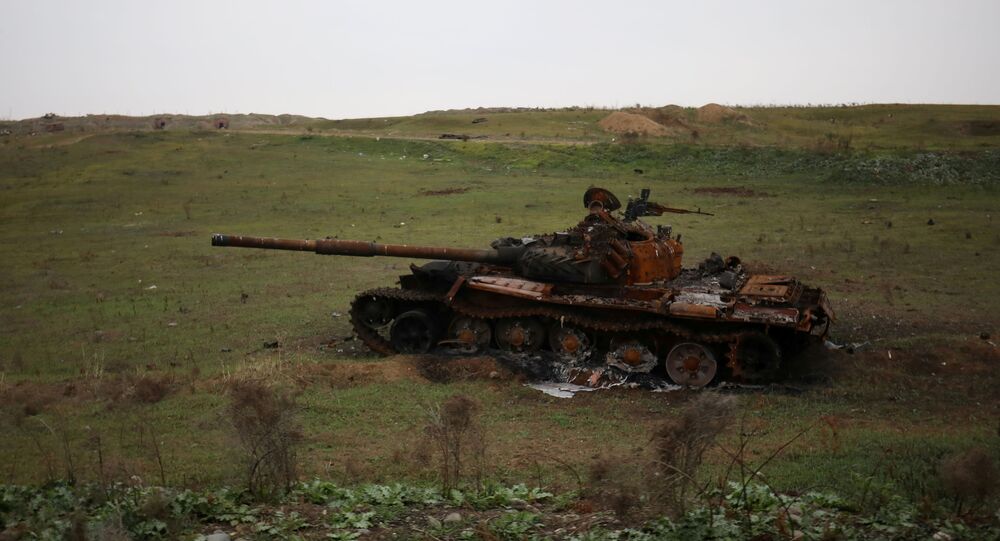 YEREVAN (Sputnik) - Arayik Harutyunyan, the president of the self-proclaimed Nagorno-Karabakh Republic, on Sunday thanked Russia and its President Vladimir Putin for providing assistance in ending the six-week conflict between Armenian and Azerbaijani forces over the disputed region.

"Thanks to the efforts and actions undertaken by the top leadership of the Russian Federation, it was possible to stop the bloodshed in the Azerbaijani-Karabakh conflict zone. We express our appreciation to the Russian Federation and extend special gratitude to President Vladimir Putin for mediating efforts to stabilize the situation and for assistance in ceasing the fire and ending the war, restoring peace and stability in our region," Harutyunyan wrote on his Facebook page.

The president of the unrecognized republic also said that the deployment of a Russian peacekeeping force is complete and the mission is now engaged in work on the ground.

"An effective cooperation has already been established with the command staff of the Russian peacekeeping contingent in Nagorno-Karabakh, headed by Lieutenant General Rustam Muradov. The fulfillment of the main tasks of maintaining peace, stability and security of our citizens requires high professionalism and resilience from the personnel of the peacekeeping contingent, sometimes associated with risk to life," Harutyunyan said.

The president also thanked Putin for his "personal active efforts" to protect religious sites and objects of cultural heritage in Nagorno-Karabakh.