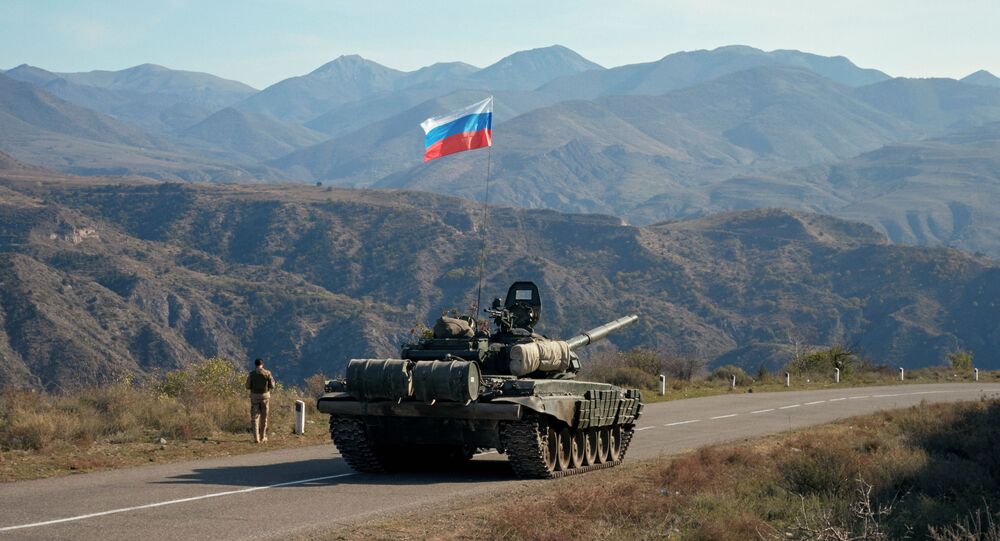 According to a statement voiced by Russian President Vladimir Putin, a complete ceasefire begins in Nagorno-Karabakh on 10 November, Azerbaijan and Armenia have agreed to stop in their current positions, and must also exchange prisoners of war.

Around 130 people were arrested in Yerevan earlier on Wednesday after protests against Prime Minister Pashinyan's decision to sign a ceasefire deal with Azerbaijan.

Previously, a Sputnik correspondent reported that Armenian opposition had clashed with police in central Yerevan during the protest.

On 10 November, the leaders of Russia, Armenia and Azerbaijan adopted a joint statement on the cessation of hostilities in the unrecognised Nagorno-Karabakh Republic, also known as the Republic of Artsakh. According to a statement voiced by Russian President Vladimir Putin, a complete ceasefire begins in Nagorno-Karabakh on November 10, Azerbaijan and Armenia have agreed to stop in their current positions, and must also exchange prisoners of war.

Twelve Il-76 aircraft with Russian peacekeepers have landed in Armenia, the Russian Defence Ministry said earlier in a statement.