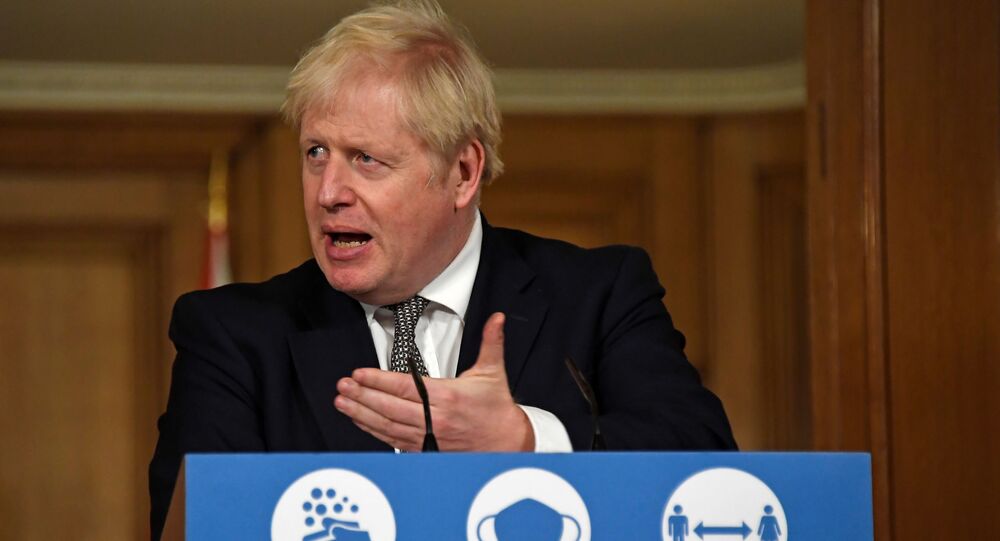 UK Prime Minister Boris Johnson has announced a second national lockdown for England to prevent a "medical and moral disaster" for the country's health service. Pubs, restaurants, gyms and non-essential shops will have to close for four weeks from 5 November. But schools, colleges and universities will be allowed to remain open.

The UK Paymaster General, Penny Mordaunt, has told MPs that they should expect "a third or more waves of the virus to be managed by repeat lockdowns" according to The Guardian.

Mordaunt defended plans for a second lockdown across England due to start Thursday, describing it as the "optimum use of our health service".

The minister told UK lawmakers that the "optimum outcome" would be a return to the three tier system currently in place, once the month-long lockdown ends on December 2.

The government is "obviously hopeful about being able to unlock in December but they are being driven by the data", she said, noting that it would be at least a fortnight before changes in the infection rate were reflected in official statistics.

"Once lockdown is lifted, case will rise. It means a high proportion of population remain vulnerable to infection, and that is why some scientists expect a third or more waves of the virus, to be managed by repeat lockdowns", Mordaunt added.

Mordaunt's remarks contrast with those of UK PM Boris Johnson, who was bullish that England’s lockdown would end 2 December.

Meanwhile, a former Conservative chief whip, Mark Harper, hit out at what he called the government's lack of engagement with Conservative backbenchers ahead of a Commons vote on the lockdown, scheduled to take place on Wednesday.

Harper predicted that the government would be forced to rely on votes from the opposition Labour Party to pass any extension to the lockdown beyond December 2, and noted that the UK's track and trace system needs improving.

If we are to head into a national lockdown, the Government needs to use the next month to face up to the fact that our trace & isolate system just isn’t good enough, only reaching 48% of contacts. It needs fixing. I put this to @MattHancock - see his answer below👇 pic.twitter.com/AkXb5jdAcA

Other Conservative MPs appear to be set to oppose any lockdown extension, with Bob Seeley claiming that the case for a lockdown was weakening by the hour and that the scientific rationale for lockdown was based on out-of-date data.

The case for a 2nd #lockdown is weakening by the hour. I hope Gov’t will be brave enough to accept new evidence & see that Saturday's 'sombrero of doom' figures are already dated.https://t.co/FjzZAHqHSw