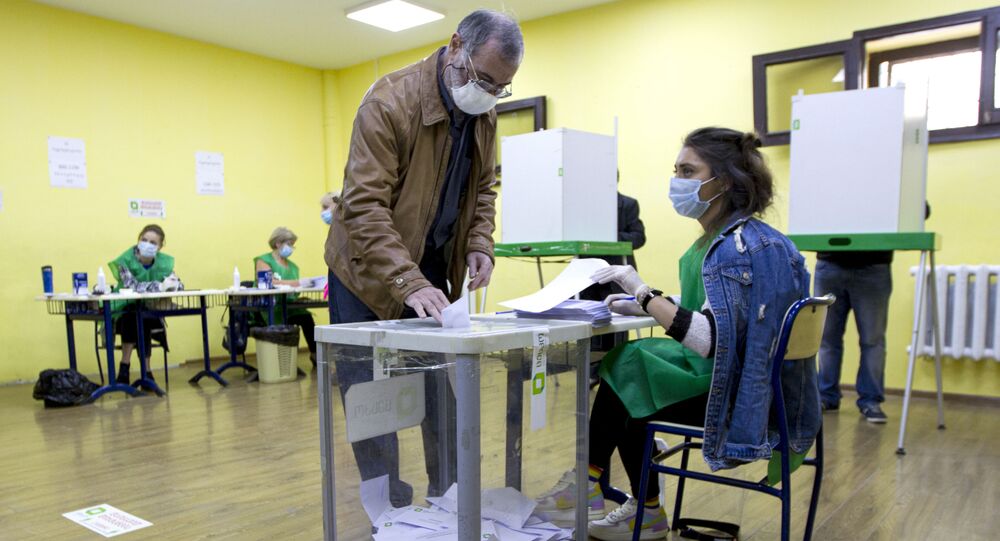 TBILISI (Sputnik) - Georgia’s governing party has won the parliamentary elections with 48.15 percent of the vote, the Central Election Commission said Sunday after counting all ballots.

Georgian Dream secured 48.15 percent of the vote and will form a new government. It was followed by the Strength in Unity opposition alliance with 27.14 percent.

Earlier, members and supporters of Georgian opposition parties gathered in central Tbilisi on Sunday to demand a fresh vote after the general election saw the governing party retain its grip on power.

"We saw everything but an election yesterday. They simply spat in our face. Ivanishvili’s regime must end. The election was illegitimate. We... do not recognise its result and demand a new parliamentary vote", a speaker said at the rally.

Traffic has ground to a halt in the Georgian capital's main street, Rustaveli Avenue, a Sputnik correspondent said. People continued to flock to the city centre in late afternoon in response to a rallying cry from opposition leaders who said on Saturday they would not concede defeat.

Georgians went to the polls on Saturday to elect 150 legislators. A party that wins over 40 percent of the vote will form the government. The ruling Georgian Dream of billionaire Bidzina Ivanishvili is expected to capture a parliamentary majority.