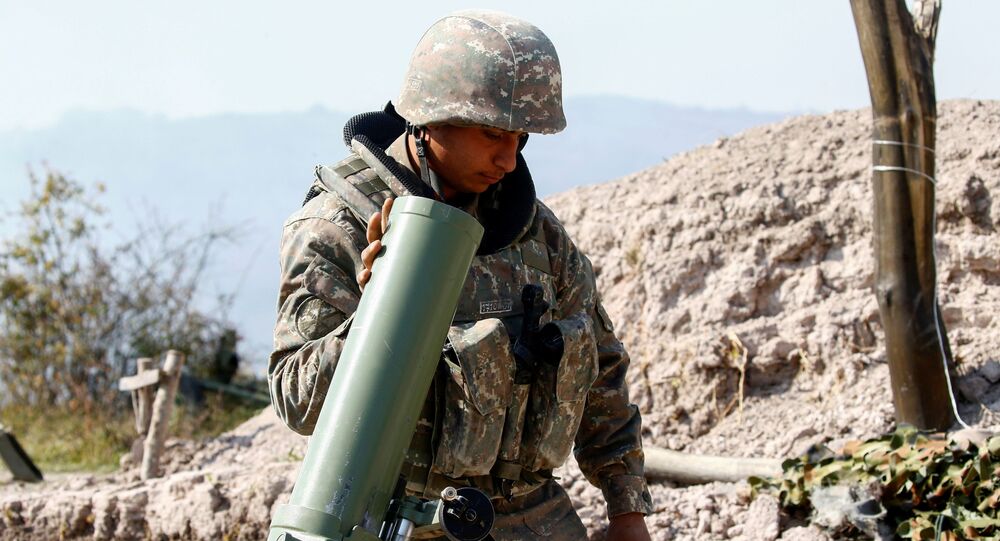 Baku and Yerevan previously reached three ceasefire deals, but failed to abide by them, accusing each other of violating the accords. During talks between the foreign ministers of the two nations in Geneva on Friday, the sides agreed not to target civilian facilities.

A new round of hostilities began in Nagorno-Karabakh on 27 September, with Baku and Yerevan accusing each other of carrying out provocations. The heads of Russia, the US, and France urged the sides to resume talks without preconditions, however, both countries continue to report clashes along the line of contact.

The Nagorno-Karabakh conflict erupted in the late 1980s, with the predominantly Armenian-populated autonomy proclaiming independence from Azerbaijan in 1991. As a result, Baku and Yerevan waged a full-scale war for the area between 1992 and 1994 that claimed the lives of around 40,000 troops and civilians from both sides.

A ceasefire was signed in 1994, and the conflict remained frozen, while the self-proclaimed Nagorno-Karabakh Republic still continues to be an unrecognised state.