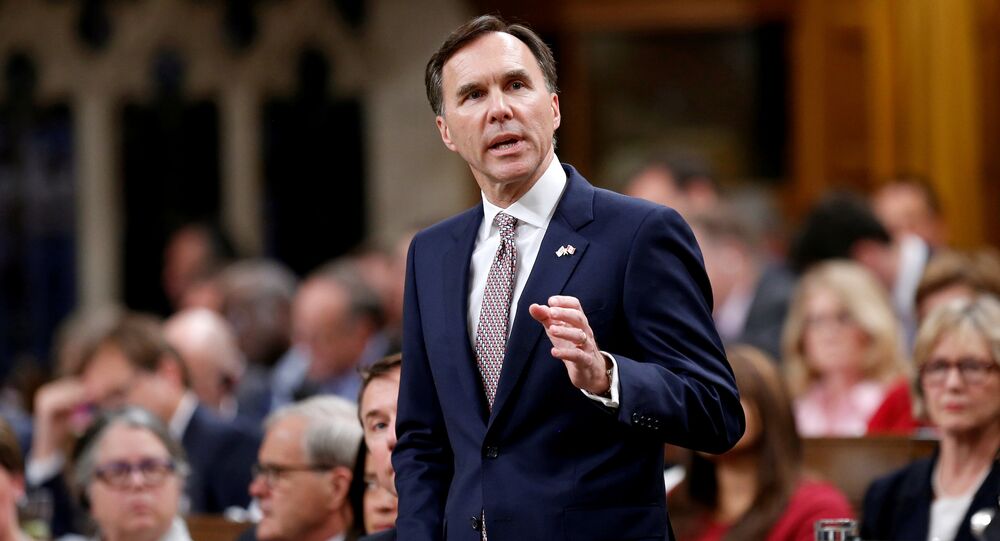 "I can confirm that Commissioner Dion did inform former Finance Minister Bill Morneau yesterday that some of the allegations in his examination were discontinued," Office of the Ethics Commissioner spokesperson Maha Achkar said in an email on Thursday.

The spokesperson said the Office of the Ethics Commissioner cannot comment further, saying that other parts of the investigation are ongoing.

© AP Photo / Arthur Mola
WE Charity to Wind Down Operations in Canada Due to Financial Difficulty Amid Student Grant Scandal
Earlier on Thursday, the Canadian Broadcasting Corporation (CBC) reported that Dion cleared Morneau of wrongdoing relating to a $30,830 previously uncovered expense tab - incurred by the former minister during family trips to participate in the charity’s projects abroad - that was closed on the day of his testimony before the parliamentary Finance Committee.

"I accept that you genuinely believed you had paid for the entire cost of both trips, including the portion of the trip that involved the use of non-commercial chartered aircraft," Dion said in a letter to Morneau, as quoted by the CBC.

Morneau remains under investigation for failing to recuse himself from the decision to award WE Charity a $670-million sole-source contract to administer a government-sponsored student volunteer program.

Morneau, who faced mounting backlash, resigned as minister and parliamentarian on August 17.