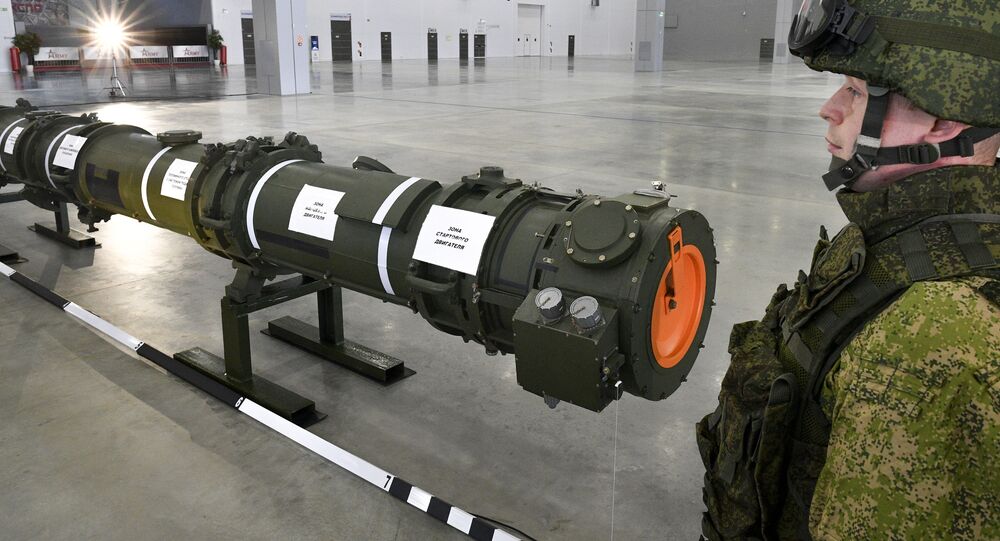 Russian President Vladimir Putin stated on Monday that US exit from Intermediate-Range Nuclear Forces (INF) Treaty was a "grave mistake" which creates the risk of a renewal of the nuclear arms race.

Russian President Vladimir Putin's proposals on the Intermediate-Range Nuclear Forces Treaty (INF) are motivated by the desire to prevent new missile crises in Europe, and those trying to ignore his calls show an irresponsible approach to the European security, Russian Deputy Foreign Minister Sergey Ryabkov said on Wednesday.

"The proposals are serious enough, so a thorough study is needed. The depth of these proposals calls for a fundamental understanding, this is a reflection of the Russian Federation leadership's policy of looking for a way to stabilize the military and political situation in Europe, in terms of preventing the emergence of new missile crises there," Ryabkov explained.

Those trying to "ignore" and even "brush off" Putin's initiatives related to the INF show "quite an irresponsible approach to ensuring the European security," the deputy foreign minister went on to say.

"And to their own security as well, taking into consideration that the first negative and quite thoughtless signals that we received were coming exactly from Europe," Ryabkov added.

Earlier this week, Putin reaffirmed Russia's commitment to the moratorium on the deployment of intermediate- and short-range missile as long as there are no US missiles in the same regions amid new threats to European security.

The US Leaves INF

In February 2019, Washington announced that it was giving a six-month notice of withdrawal from the INF Treaty, the agreement signed between Russia and the United States back in 1987 which effectively banned all short medium-range and intermediate-range land-based ballistic missiles, cruise missiles and launchers.

One of the cited reasons for the US decision was Russia's alleged failure "to return to full and verified compliance through the destruction of its non-compliant missile system".

In August the same year, the United States unilaterally withdrew from the INF, stating that Moscow was "solely responsible for the treaty’s demise".

© AP Photo / SCOTT HOWE
US Army Pushes for Missile to Reach Moscow From Germany, as Discarded INF Treaty Sought to Prevent
The Kremlin repeatedly denied these allegations and offered the US the opportunity to continue discussions over the fulfilment of the treaty, but the White House refused.

Earlier Russian Ambassador to the US Anatoly Antonov said that it was confirmed by him that Washington was ready to deploy intermediate and short-range missiles in the Asia-Pacific region (APAC).

Antonov said that the move suggests that "the range of these missiles would reach the Russian Federation, covering strategic targets of tactical nuclear deterrence", prompting Russia to take "adequate steps" in response.