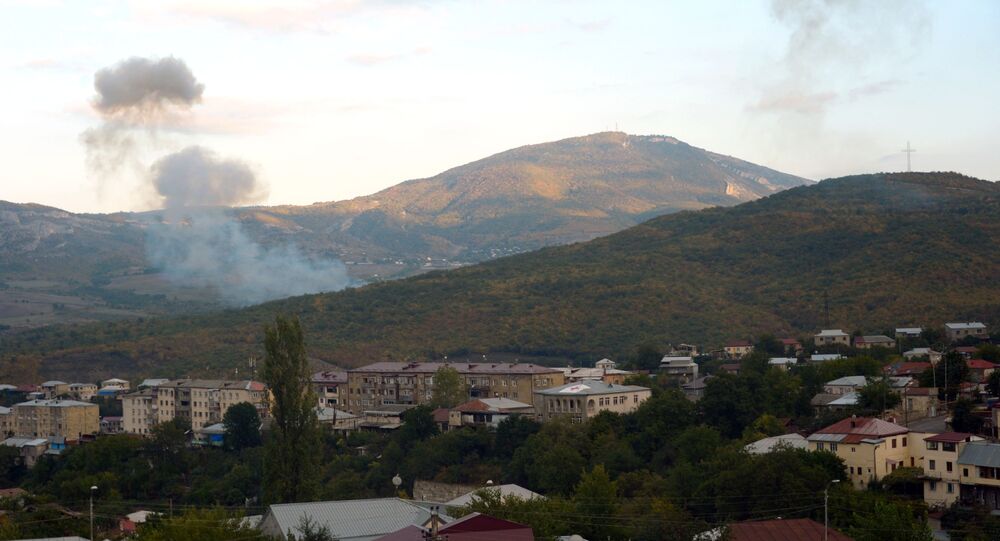 Large-scale hostilities in Azerbaijan’s Armenian-dominated breakaway region of Nagorno-Karabakh erupted on 27 September when both parties accused each other of violating the ceasefire.

The fighting on the line-of-contact in Karabakh began on 27 September. Armenia and Azerbaijan accuse each other of unleashing hostilities, Karabakh has reported the artillery shelling of peaceful settlements of the unrecognized republic, including its capital, Stepanakert. Armenia has declared martial law and — for the first time — general mobilisation, claiming that Ankara is actively supporting Baku. Partial mobilisation was introduced in Azerbaijan.

Armenia and Azerbaijan have been engaged in a conflict over Nagorno-Karabakh, an Armenian-majority region that proclaimed independence from what was then the Soviet Republic of Azerbaijan, since before the break-up of the Soviet Union.