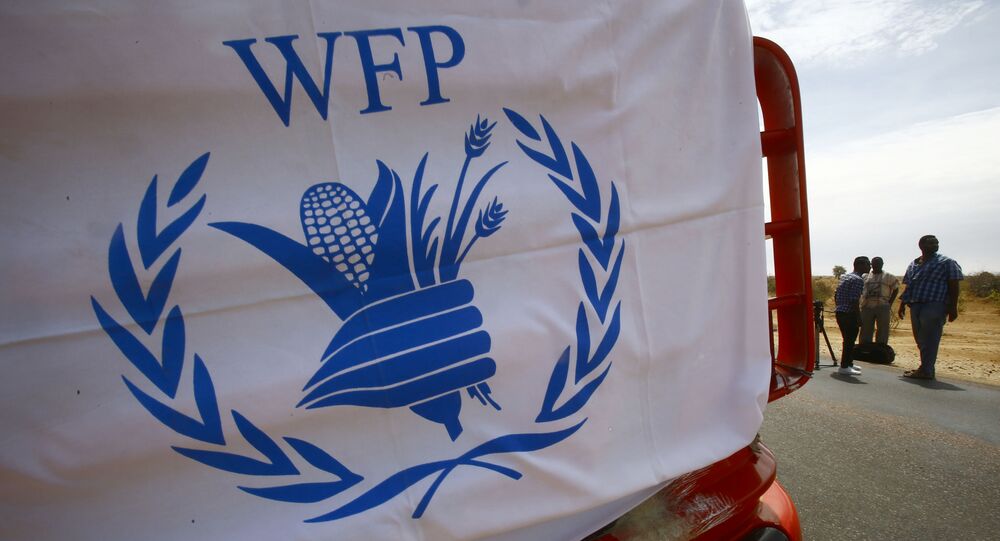 The WFP is one of the world's most prominent humanitarian organisations dealing with the issues of hunger and food security. It was established in 1961 as a branch of the United Nations.

The 2020 Nobel Peace Prize has been awarded to the World Food Programme, the Norwegian Nobel Committee announced.

The food-assistance branch of the United Nations was awarded "for its efforts to combat hunger, for its contribution to bettering conditions for peace in conflict-affected areas, and for acting as a driving force in efforts to prevent the use of hunger as a weapon of war and conflict", the committee explained.

"With this year's award, the (Committee) wishes to turn the eyes of the world to the millions of people who suffer from or face the threat of hunger", Berit Reiss-Andersen, the chair of the Nobel Committee said. "The World Food Programme plays a key role in multilateral cooperation in making food security an instrument of peace".

​A spokesperson for WFP has reacted to the development, saying that the prize was a "proud moment" for the organisation.

"The nomination in itself was enough but to then to go on and be named the Nobel Peace Prize winner is nothing short of a feat", spokesman Tomson Phiri said at a Geneva briefing.

The World Food Programme was established in 1961 by the United Nation as an experimental mechanism to provide alimentation to regions in crises but over the years has become one of the largest humanitarian organisations addressing the issues of food security and hunger.

© CC BY 2.0 / Adam Baker / Nobel Prize Medal
Does Trump Deserve a Nobel Peace Prize Over UAE-Israel Deal & Will He Get the Award?

The WFP was among some 318 candidates for the prestigious prize. However, the names of the contenders were not made public, except those announced by their nominators. Russian President Vladimir Putin and US President Donald Trump were among those nominated for the award.